India on Friday (June 5, 2020) recorded the highest single-day spike in COVID-19 cases as well as in the number of deaths as more than 9800 cases and 273 deaths were reported in last 24 hours. 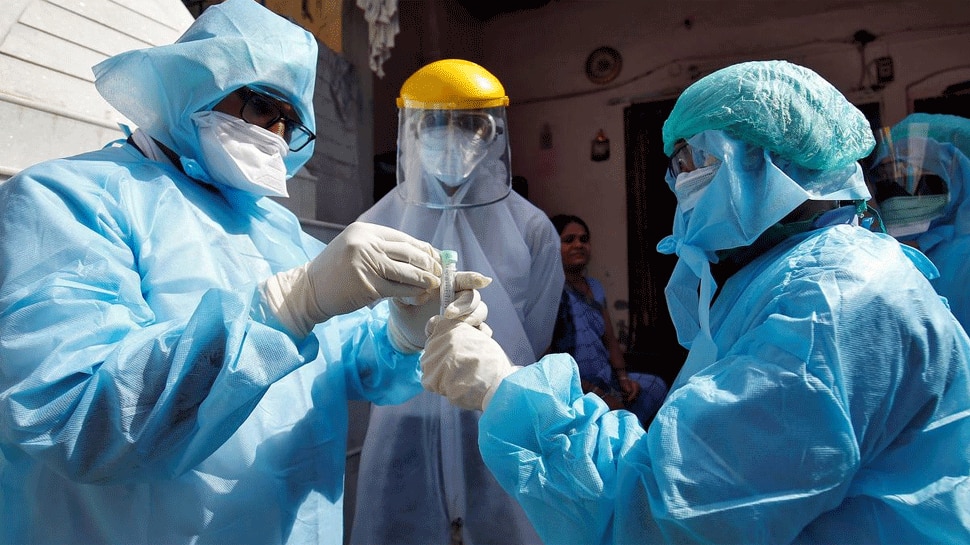 New Delhi: India on Friday (June 5, 2020) recorded the highest single-day spike in COVID-19 cases as well as in the number of deaths as more than 9800 cases and 273 deaths were reported in last 24 hours.

Of the 273 deaths reported since Thursday morning, 123 were in Maharashtra, 44 in Delhi, 33 in Gujarat, 16 in Uttar Pradesh, 12 in Tamil Nadu, 10 in West Bengal, six each in Telangana and Madhya Pradesh, four each in Karnataka, Bihar and Rajasthan, three each in Andhra Pradesh and Kerala, two in Uttarakhand and one each in Jammu and Kashmir, Haryana and Jharkhand.

The highest peak before today was recorded on Thursday as 9,304 cases 260 deaths were recorded in 24 hours.

In the New Delhi the number of cases crossed the 25,000 mark which includes 14456 active cases.  The death toll in the capital city now stands at 650.

A Total of 20 officials of the Delhi Metro Rail Corporation tested positive with the metro administration saying that all precautionary measures are being taken to prevent the spread of the disease.

According to the ministry's website, more than 70 per cent of the deaths are due to comorbidities.