Delhi-class warships are guided-missile destroyers with a displacement of 6,200 tonnes, a length of 163 metres and a crew of 40 officers and 310 sailors. They have a maximum speed of 32 knots (59 kilometres per hour). 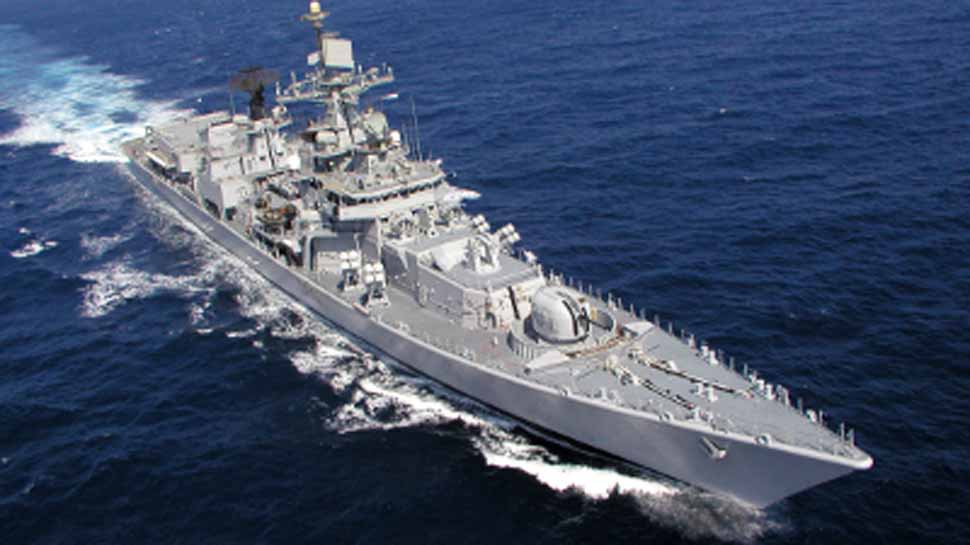 In a boost for Indian Navy, the Defence Ministry on Thursday signed contract with Russia for enhancing air defence capability of Delhi class warships of Indian Navy. The contract for modernisation of “Air Defence Complex Kashmir and Radar Fregat MAE” on P-15 (Delhi Class) of ships was signed between the Ministry of Defence and JSC Rosoboronexport, Russian Federation.

Meanwhile, Indian Navy's second Scorpene class submarine INS Khanderi will be commissioned on September 28, 2019, while a stealth guided-missile frigate under Project P-17A which is a follow-up of the Shivalik class (Project 17 class) will be launched into the sea for trials. The first submarine of the Scorpene class is INS Kalvari which was commissioned into the Indian Navy on December 14, 2017.

Another four Scorpene Class diesel-electric attack submarines are under different stages of construction. The submarines have been designed by French company Naval Group (formerly DCNS) and manufactured at Mumbai's Mazagon Dock Limited. The attack submarines are capable of travelling at 37 kilometres per hour (20 knots) while their speed on the surface is 20 kmph (11 knots). They can cover a distance of 12,000km (6480 nautical miles).