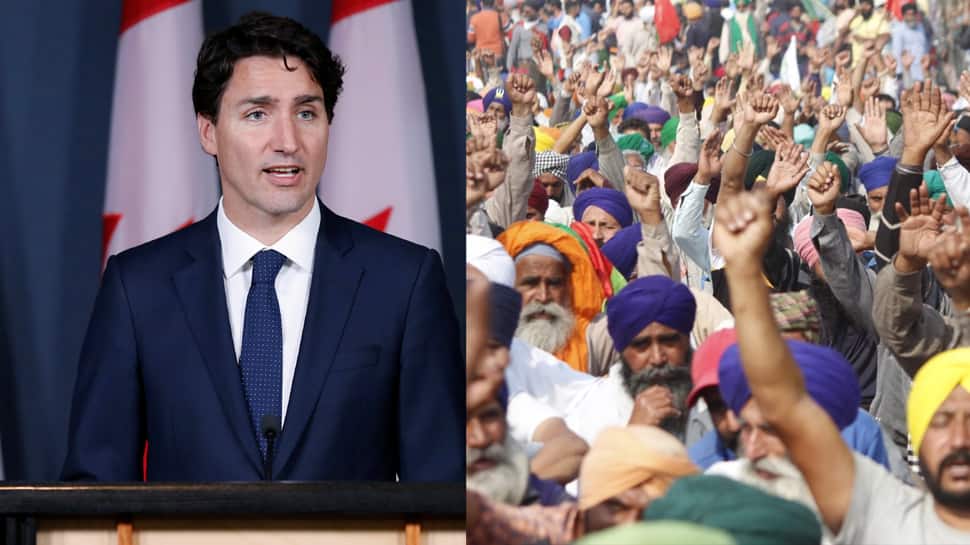 New Delhi: India on Tuesday strongly reacted to Canadian Prime Minister Justin Trudeau's remarks on ongoing farmer protests, calling it "ill-informed". Trudeau had said he is "concerned" about the protest and has raised the matter with Indian authorities.

Ministry of External Affairs (MEA) spokesperson Anurag Srivastava said, "We have seen some ill-informed comments by Canadian leaders relating to farmers in India. Such comments are unwarranted, especially when pertaining to the internal affairs of a democratic country."

He added, "It is also best that diplomatic conversations are not misrepresented for political purposes.”

Addressing the Indian community in Canada during an online event on Monday to mark the 551st birth anniversary of Guru Nanak Dev, the Canadian PM said, "the news coming out of India, about the protest by farmers, the situation is concerning. We are all worried about families and friends".

He added, "Let me remind you, Canada will always be there to defend the right of peaceful protests, we believe in the importance of dialogue, that is why we have reached out through multiple means, directly to Indian authorities, to highlight concerns."

While some MP from the UK has also spoken about it, Trudeau is the first world leader to make such public remarks about the ongoing protests by farmers, drawing criticism. Canada has a huge Indian diaspora, substantially from the northern state of Punjab.

This comes even as farmer unions on Tuesday decided to attend a meeting with the Centre as protesters continued their agitation at Delhi border points against the government's new farm laws. Agriculture Minister Narendra Singh Tomar on November 30 had invited leaders of farmer unions for talks on Tuesday, instead of December 3, citing the COVID-19 pandemic and cold.

"In our meeting, we have decided to accept the central government's offer to hold talks at 3 pm today. Representatives of protesting farmers will attend the meeting with Union ministers," farmer leader Baljeet Singh Mahal had said.

Thousands of farmers stayed put at various Delhi border points for the sixth consecutive day on Tuesday protesting against the new farm laws, which they fear will dismantle the minimum support price system and corporatise farming. The meeting has been called at 3 pm on December 1 at Vigyan Bhawan in the national capital, Tomar said, adding that those leaders who were present in the meeting held on November 13 have been invited this time.

On Monday, the farmers said that they have come to the national capital for a "decisive battle" and urged Prime Minister Narendra Modi to listen to their "mann ki baat". They said that they will continue their agitation until their demands are met.