The Shyena torpedoes have been developed and manufactured by DRDO's Naval Science and Technological Laboratory and Bharat Dynamics Limited (BDL) respectively. 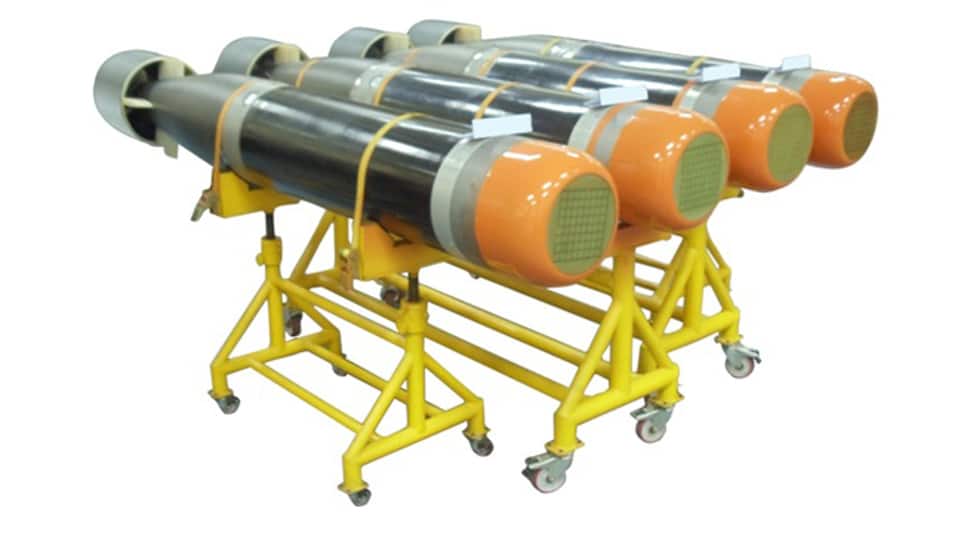 Myanmar received the first batch of Shyena advanced lightweight torpedoes from India in early July 2019. India and Myanmar had signed a deal worth $37.9 million in 2017 for the supply of Shyena torpedoes.

The Shyena torpedoes have been developed and manufactured by the Defence Research and Development Organisation's (DRDO) Naval Science and Technological Laboratory and Bharat Dynamics Limited (BDL) respectively. Several warships of the Indian Navy are armed with Shynea torpedoes.

The light weight torpedo is an electrically propelled, self-homing underwater weapon and can be launched from a submarine, surface warship, helicopter and an aircraft.

With a length of 2.75 metres, the 220 kg Shyena has a warhead of 50 kg. It is primarily an anti-submarine weapon with a maximum range of seven km. Its maximum operational depth is 540 metres and the top speed is 33 knots with an endurance of six minutes in both shallow and deep waters. Shyena, inducted into the Indian Navy on March 3, 2012, uses passive/active acoustic homing for guidance.

India has been strengthening its defence ties with Myanmar and other Asian countries as part of Prime Minister Narendra Modi's "Act East Policy". India's Act East Policy focusses on the extended neighbourhood in the Asia-Pacific region. The policy which was originally conceived as an economic initiative, has gained political, strategic and cultural dimensions including establishment of institutional mechanisms for dialogue and cooperation.

The objective of "Act East Policy" is to promote economic cooperation, cultural ties and develop strategic relationship with countries in the Asia-Pacific region through continuous engagement at bilateral, regional and multilateral levels thereby providing enhanced connectivity to the states of North Eastern Region including Arunachal Pradesh with other countries in India's neighbourhood.

India has upgraded its relations to strategic partnership with Indonesia, Vietnam, Malaysia, Japan, Republic of Korea (ROK), Australia, Singapore and Association of Southeast Asian Nations (ASEAN) and forged close ties with all countries in the Asia-Pacific region.