India will hopefully get highways of American standard in next three years, says Nitin Gadkari

Union Highways and Road Transport Minister Nitin Gadkari said 38 km of roads are being constructed every day now compared to just two km per day in the past. 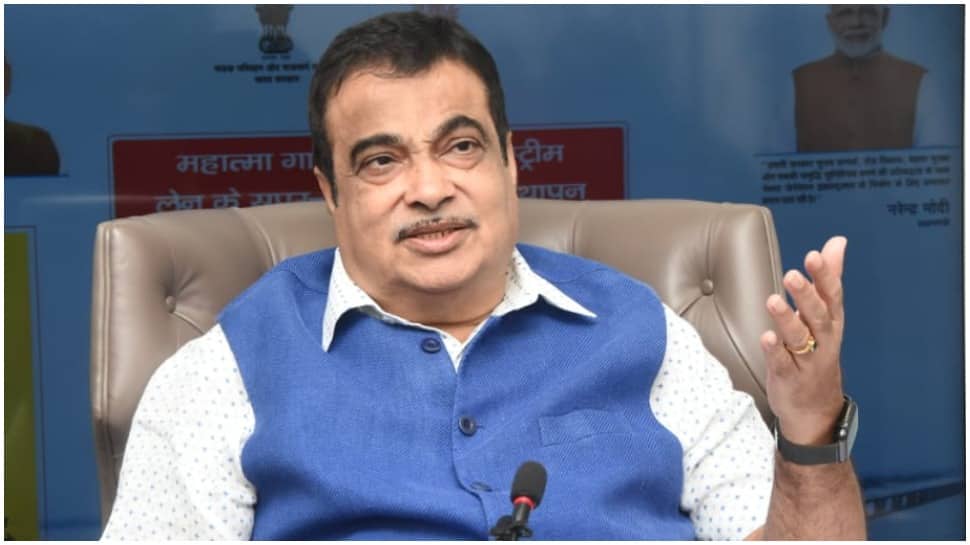 Ahmedabad: National highways are being constructed at a very fast pace under the leadership of Prime Minister Narendra Modi and the entire country can hope of getting highways of an American standard in the next three years, Union Highways and Road Transport Minister Nitin Gadkari said on Saturday. He also said that 38 km of roads are being constructed every day now compared to just two km per day in the past.

Stating that a large number of projects of the Road Transport and Highways Ministry are underway in Gujarat under the Bharatmala Pariyojana, Gadkari asked Rupani to resolve the issues of land acquisition to quicken the pace of infrastructure development.

"National highways are growing at a very fast pace under the leadership of Modiji. In the coming three years, the entire country will get highways of American standard, so I believe. At one time we were constructing two km of road per day, and today we are constructing 38 km per day," he said.

Gadkari said the Highways ministry has undertaken many projects in Gujarat, including 1,080 km (road construction) projects worth Rs 25,370 crore under the Bharatmala Pariyojana. Among the projects is an expressway between Delhi and Mumbai that will pass through seven districts of Gujarat.

"I would request the Chief Minister (Rupani) to personally offer his guidance so that a way is found soon to resolve the issues of land acquisition. This will certainly help expedite (road construction) projects being undertaken in Gujarat," Gadkari said in an address delivered virtually at a programme organised by the state government to mark the completion of five years in office by Rupani.

He said a national highway project in the Saurashtra region of Gujarat, as requested by Union minister Parshottam Rupala, will start 'only when the tough land acquisition issue is resolved by the Gujarat government.'

He did not elaborate further on the projects being affected by land acquisition issues.

Notably, aggrieved farmers had approached the Gujarat High Court challenging acquisition of their land for certain projects, mainly on the issues of compensation.

Gadkari said his ministry is going to launch 1,080 km (road construction) projects worth Rs 25,370 crore in Gujarat under the Bharatmala Pariyojana- the ambitious Road and Highways project that aims to build highways from Maharashtra, Gujarat, Rajasthan, Punjab, Haryana and then cover the entire string of Himalayan territories.

#PragatiKaHighway Inauguration of 3.75 km long four-lane elevated corridor in Deesa Town on NH-27 in the State of Gujarat https://t.co/vrlYVUDHqf

Gadkari said the 125-km stretch connecting Vadodara to Kim in south Gujarat at an investment of Rs 8,711 crore will be completed by December 2021.

Gadkari said the work on the Amritsar-Jamnagar economic corridor has started and the Prime Minister has been requested to take time out for its groundbreaking ceremony.

A part of the 109-km Dholera-Ahmedabad Expressway, which is being constructed for Rs 3,000 crore, will be awarded by October 2021, he said. Gadkari also said that the six-laning of the national highway between Shamlaji and Chiloda will be completed by December 2021 and four-laning of the highway between Varsala and Bhuj by March 2022.