In a noble gesture, Indian Army on Sunday (August 9) gifted ten ICU ventilators to the Nepali Army in order to support latter's efforts to fight against the prevailing COVID-19 pandemic. 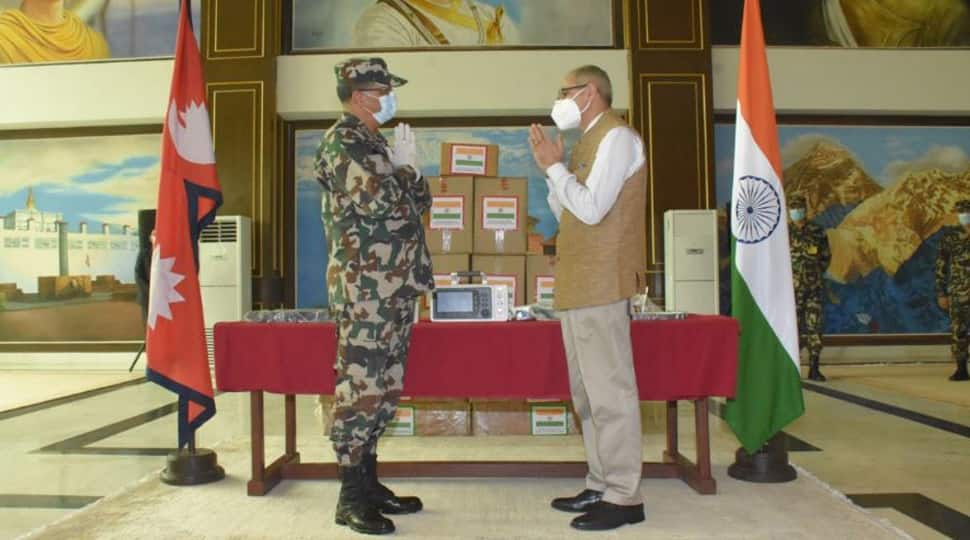 In a noble gesture, Indian Army on Sunday (August 9) gifted ten ICU ventilators to the Nepali Army in order to support latter's efforts to fight against the prevailing COVID-19 pandemic.

These ventilators are designed for a broad range of applications to include advanced invasive or non-invasive respiratory support. They can be used in support of secondary care in hospitals with ICU, tertiary multispecialty hospitals and dedicated ICUs. Further, due to their compact nature, they are portable and handy in transportation of patients requiring intensive care.

The Indian Army has a long record of extending support to the Nepali Army as a first responder for humanitarian assistance and relief. The gifting of ventilators is part of this continued humanitarian co-operation between the two Armies.

During the handing over, Ambassador Kwatra reaffirmed India’s commitment to provide all necessary help to the people of Nepal in tackling coronavirus outbreak in the Himalayan Kingdowm.