As a part of goodwill gesture, Indian Army handed over as many as ten mines detecting dogs to Bangladesh Army through the Petrapole-Benapole border on Saturday. 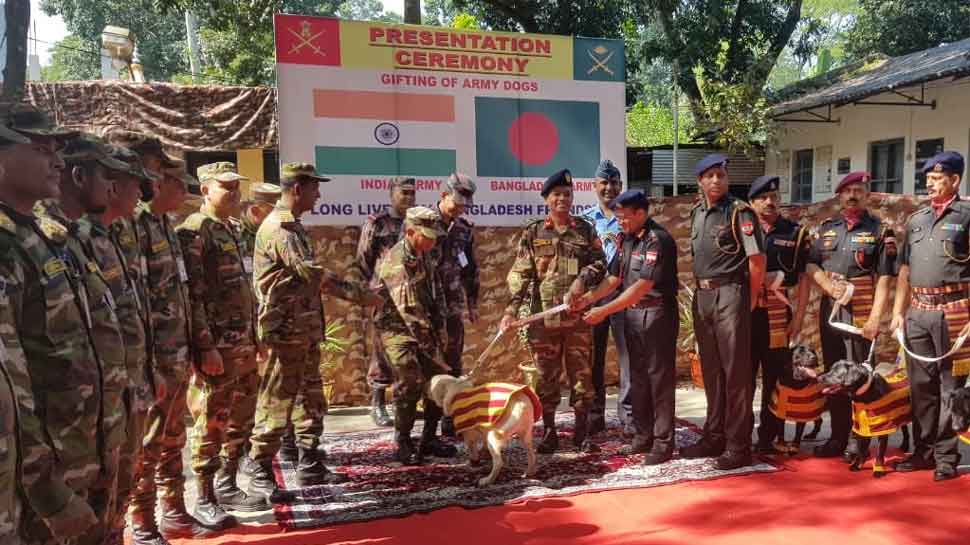 As a part of goodwill gesture, Indian Army handed over as many as ten mines detecting dogs to Bangladesh Army through the Petrapole-Benapole border on Saturday.

All ten mine and other explosive detecting dogs which were handed over on Saturday, were trained at the Remount Veterinary Centre, Meerut.

“The dogs which have been trained at Meerut were brought to Kolkata’s military camp yesterday and then they were brought to the border post. These dogs will be used in detecting not just explosives but also contraband drugs,” Subedar Mizanur Rahman, commander of the Border Guards Bangladesh (BGB) at the Benapole Integrated Check Post (ICP) told reporters.

A total of thirty mine detecting dogs are to be handed over to Bangladesh Army as a gift from the Indian Army. The remaining twenty dogs will be handed over two phases to the other side in the near future.

Piyush Goyal hails officials for setting up WiFi at 5,500 stations