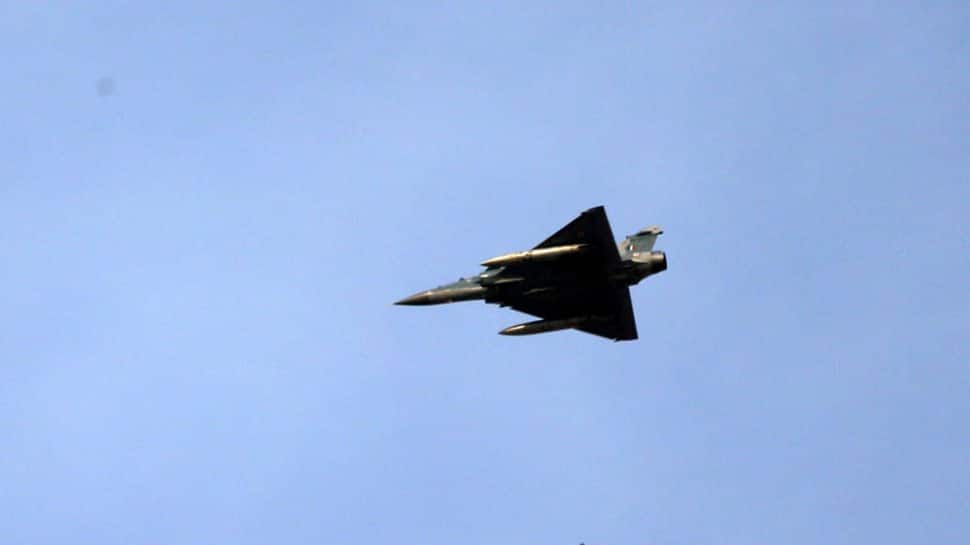 NEW DELHI: The Army on Tuesday hailed the "non-military, pre-emptive airstrikes" carried out by the Indian Air Force across the Line of Control (LoC) in Pakistan's Balakot which targeted terror group Jaish-e-Mohammed and killed ''a large number of terrorists'' in the process.

The ADGPI, the official Twitter handle of the Indian Army, quoted a few lines from a famous poem penned by noted poet Shivmangal Singh 'Suman' to hail the IAF raids in Pakistan.

Shivmangal Singh 'Suman' was a noted Hindi poet and academician. He was born on August 5, 1915, at Jhagarpur, Unnao district in Uttar Pradesh. He was a leading Hindi writer and poet. He earned a M.A. and Ph.D. in Hindi from Benaras Hindu University. The university also honoured him with a D.Litt. in 1950.

Suman worked as the Vice Chancellor of Vikram University (Ujjain) during 1968-78; the Vice-President of Uttar Pradesh Hindi Sansthan, Lucknow; Press and Cultural Attache, Indian Embassy, Kathmandu (Nepal) during 1956-61; and the President, Association of Indian Universities (New Delhi) during 1977-78.

He also served as the Executive President, Kalidas Academy, Ujjain, until he died of heart attack on 27 November 2002. Upon his death, the then Prime Minister of India Atal Bihari Vajpayee said, "Dr Shiv Mangal Singh ‘Suman’ was not only a powerful signature in the field of Hindi poetry, but he was also the custodian of the collective consciousness of his time.

The highly encouraging tweet from the Army came hours after the at least twelve Mirage 2000 fighter jets of the IAF crossed the Line of Control (LoC) at 3:30 AM on Tuesday and destroyed a massive Jaish-e-Mohammad (JeM) terrorist camp in Pakistan's Balakot in which ''a large number of terrorists'' were eliminated.

The IAF sources said the Mirage fighters dropped approximately 1000 kg of bombs on terror camps across the LoC and completely destroyed it. It was a

The IAF fighters "released payload in haste while escaping which fell near Balakot". He added that there were no casualties or damage to the Pakistani side.

It has also emerged that Prime Minister Narendra Modi followed the real-time updates of IAF's pre-dawn operation to strike down terror camps in Pakistan on Tuesday. PM Modi supervised the entire operation from the situation room at Rashtrapati Bhavan's South Block.

After the successful completion of the operation, top foreign diplomats of the US, China, Russia, UK, Brazil, Australia, Indonesia, Turkey and six ASEAN nations were duly briefed about today's operation.