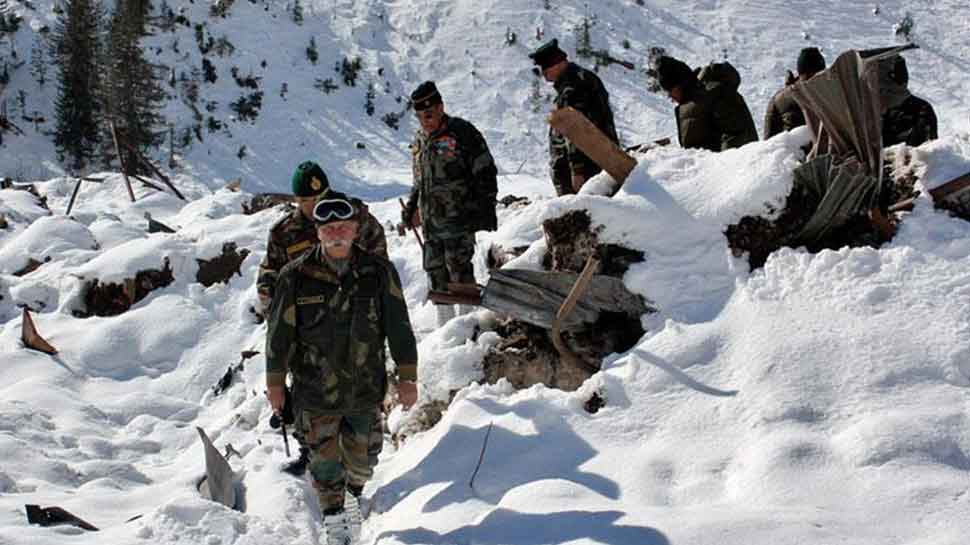 SRINAGAR: An Army patrol party was hit by an avalanche in southern Siachen Glacier region in the Union Territory of Ladakh in the wee hours of Saturday which resulted in the death of two personnel. According to reports, the Army patrol party was operating at an altitude of 18,000 feet in the southern Siachen Glacier when the tragic incident took place.

Two Army personnel, however, succumbed inside the avalanche. Those rescued in the operation were then airlifted by helicopters to the Army Base Camp for treatment.

Confirming the news, the Defence spokesperson said, ''Despite best efforts by the medical teams, two Army personnel succumbed in the avalanche."

Earlier on November 19, at least four soldiers got martyred and two civilian porters lost their lives after an avalanche hit an eight-member team of Indian Army in northern Siachen Glacier.

Army said that all 8 personnel were pulled out of avalanche debris and seven of them who were critically injured were evacuated by helicopters to the nearest Military Hospital.

Army said that four soldiers and two civilian porters lost their lives due to extreme hypothermia.