Indian Army warns Pakistan of a repeat of 1971 War, a lesson their coming generations will never forget

Lieutenant General KJS Dhillon pointed out that Pakistan is leaving no stone unturned in its attempt to infiltrate the maximum number of terrorists into India to carry out subversive activities. The Army officer added that Pakistan is all steps to disrupt peace in Jammu and Kashmir after August 5, the day Article 370 was revoked ending the former state's special status. 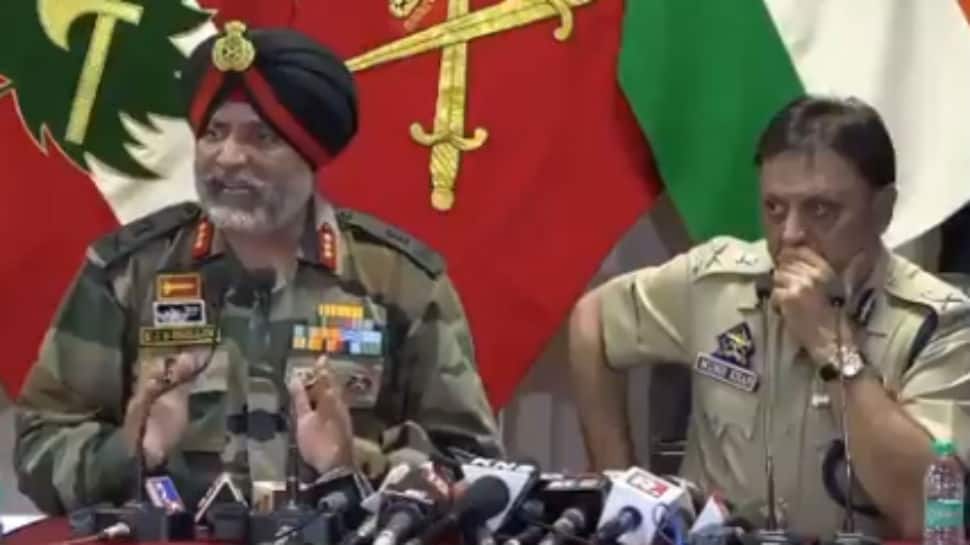 New Delhi: Mincing no words, the Indian Army on Wednesday issued a stern warning to Pakistan to stop its nefarious activities in Jammu and Kashmir, else it will be given a befitting reply which will decimate the country. Reminding Pakistan of the 1971 War that led to its disintegration, the surrender of over 93,000 soldiers to the Indian Army and Bangladesh's creation, Chinar Corps Commander Lieutenant General KJS Dhillon pointed out that the neighbouring country is yet to learn its lessons.

Lt Gen Dhillon pointed out that Pakistan is leaving no stone unturned in its attempt to infiltrate the maximum number of terrorists into India to carry out subversive activities. The Army officer added that Pakistan is all steps to disrupt peace in Jammu and Kashmir after August 5, the day Article 370 was revoked ending the former state's special status.

"Pakistan Army, Pakistan or ISI, they will attempt to do whatever is within their capabilities inspite of their poor economy and poor diplomatic standing in the world communities, inspite of the political turmoil in their country... Coming to Pakistan Army and ISI, let them try anything, they will be befittingly replied to and replied to in a manner which their generations to come will remember. This has been called by the honourable Defence Minister, Chief of Army Staff and this has been conveyed formally by the Army commanders," he said.

"I, on behalf of the Indian Army, can confirm to you that Pakistan Army will be taught a lesson which they would have never understood, probably better than 1971," Lt General Dhillon added.

The video has also been tweeted by Indian Army's Chinar Corps, the XV (15) Corps headquartered in Srinagar.

JOINT MEDIA BRIEF. "Despite all round debacle, Pak Army-ISI will attempt to disrupt peace here. Let #Pakistan try anything, they will get befitting reply. #IndianArmy will teach them a lesson, they will never forget, even graver than 71"- #ChinarCorpsCdr @adgpi @NorthernComd_IA pic.twitter.com/I2VE65KPfi

Furthermore, Lt General Dhillon, who was accompanied by J&K ADGP (Security) Munir Ahmad Khan, said that the Indian Army works in a very transparent and professional manner; they respect Human Rights and will never indulge in activities that are against the ethos or good faith conduct, which is expected of any organised or disciplined force, which the army is.

He also confirmed that there were infiltration attempts in Poonch and Rajouri area. The Army added that it had arrested two Pakistani terrorists associated with Lashkar-e-Taiba (LeT) on August 21 from Jammu and Kashmir. A confession video of the two terrorists was also released ahead of the press conference in which they admitted to the Pakistani Army's role in sponsoring terror activities in India.

Indian Army gets Pakistani terrorists' confession over a cup of tea