The exercise will be the first of its kind along the border with China by the newly-raised 17 Mountain Strike Corps which has been preparing for it under the Eastern Command for the last five to six months now. 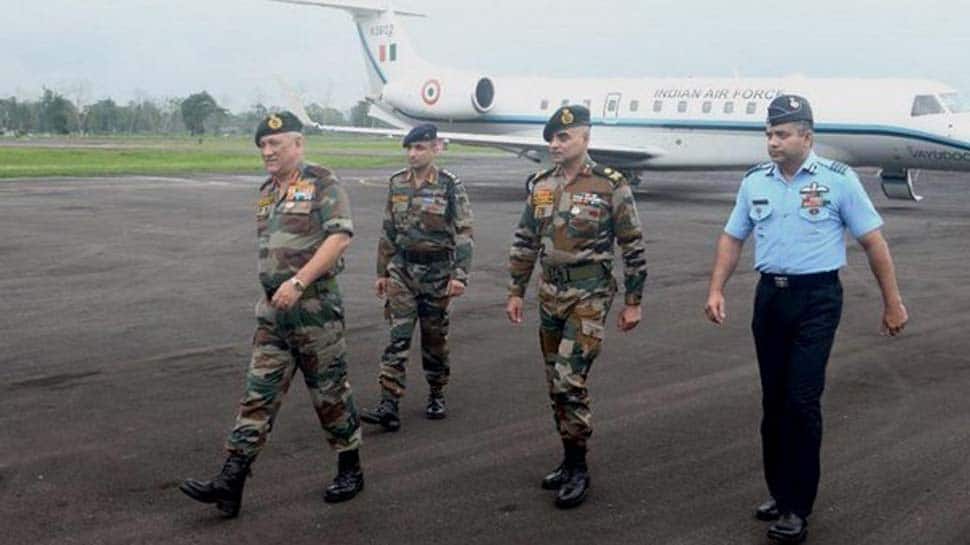 New Delhi: More than 5,000 troops of the Indian Army's Mountain Strike Corps will conduct joint military drill along with the Indian Air Force (IAF) in Arunachal Pradesh in October where forces will be deployed to practice real war-like situation on the eastern front of the country.

The exercise will be the first of its kind along the border with China by the newly-raised 17 Mountain Strike Corps which has been preparing for it under the Eastern Command for the last five to six months now. "As part of the war games, the troops of the Tezpur-based 4 Corps will be deployed at a high altitude location to defend their `territory` while a brigade-sized force (over 2,500 troops) of the 17 Mountain Strike Corps would be airlifted by the IAF to `launch an offensive` against them," Army sources told ANI.

The IAF will airlift the troops using its latest transport aircraft including the C-17, C-130J Super Hercules and the AN-32 from West Bengal's Bagdogra and deploy them close to the `war zone` in Arunachal Pradesh, they said.

The troops of the 17 Mountain Strike Corps would be from the 59 Mountain Division and will include armoured regiments including battle tanks and infantry combat vehicles along with light howitzers and strike elements. To make the 17 Mountain Strike Corps more effective during wartime in a mountainous region with China, the fighting formations under it are being converted into Integrated Battle Groups (IBGs) as part of Army Chief General Bipin Rawat's restructuring process.

Once the IBGs are formed, the formations will be converted into leaner and more efficient fighting units with the ability to strike deeper and faster against enemy targets, the sources said. An IBG, which will be a little smaller than a division, will integrate the existing elements of infantry, tank regiments, artillery, engineers and signals. It will comprise six battalions of these elements and will be directly under a Corps. Once the Army converts all its required fighting formations into IBGs, it would lead to the elimination of the brigades in the fighting structure.

The first IBG is coming up under the 9 Corps which looks after parts of Jammu and Punjab border with Pakistan. Two more IBGs are ready for conversion under the 17 Mountain strike Corps and 33 Corps which are both tasked to fight wars on the Chinese front in the Northeast.

Over 16 crore Muslims in India, they have nothing to fear: RSS' Krishna Gopal