India's eastern border with Bangladesh will be guarded by hi-tech surveillance system: BSF

The BSF official expressed confidence that the introduction of the new surveillance system would help control infiltration and other incidents on the border. 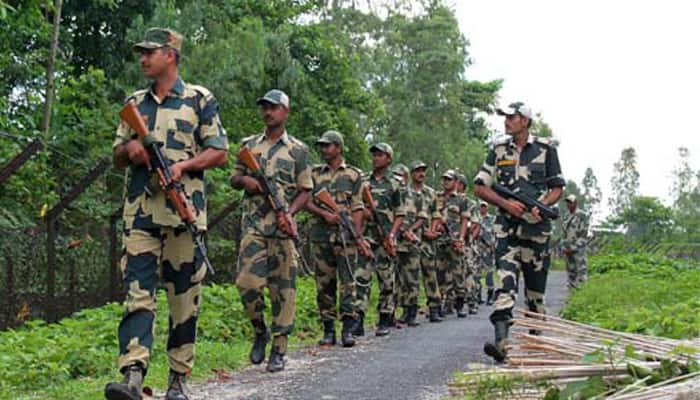 AGARTALA: A top BSF official on Sunday said that just like the western front, India's eastern border with Bangladesh is also set to be guarded by laser walls and other hi-tech surveillance systems in order to bolster security.

"Under the Comprehensive Integrated Border Management System (CIBMS), laser walls, sensors, closed circuit television, high-power camera among other hi-tech surveillance system would be introduced along India-Bangladesh borders," Hemant Kumar Lohia, who was earlier the Inspector General of BS'`s Tripura Frontier and is currently with the Eastern Command of the force in Kolkata, told IANS

"The signals from the various elements of the CIBMS would reach a Unified Command and Control Centre to enable the BSF monitor the border on real-time basis. The CIBMS enables round-the-clock surveillance in different weather conditions or even in duststorms, fog or rain," Lohia added.

Lohia said that an invisible electronic barrier will be created on land, water and in the air by CIBMS or virtual fence. "The CIBMS is designed to guard stretches where physical surveillance is extremely hard either due to inhospitable terrain or riverine stretches," he pointed out.

"Initially, the system would be set up in critical areas of Assam`s Dhubri district and some portion of Tripura," Lohia said.

The BSF official expressed confidence that the introduction of the new surveillance system would help control infiltration and other incidents on the border.

It may be recalled that two pilot projects of the CIBMS wer launched by Home Minister Rajnath Singh on September 17 last year. Lohia remarked that each project covers a 5.5 km stretch along the India-Pakistan border in Jammu.

The Home Ministry has been considering the use of high-tech solutions for border security since 2012 and a detailed report in this regard has been submitted by the BSF to the ministry.

"But after the discovery of several cross-border tunnels on the western frontier, the ministry swiftly approved two pilot projects," another BSF officer told IANS.

The officer, who wished to remain anonymous, noted that night vision goggles, weapon sights and hand-held searchlights are now used by BSF troopers during their patrolling.

"With the increase of the cross-border threats, the BSF was forced to embark on a high-tech modernisation process," the officer pointed out.