Indian Navy's INS Trikhand may be deployed to evacuate Indians from Iran if required: MEA

Expressing concerns over the situation arising from the killing of Iranian General Qassem Soleimani in a US airstrike, the government urged both the countries to exercise restraint and resolve all issues through dialogue. 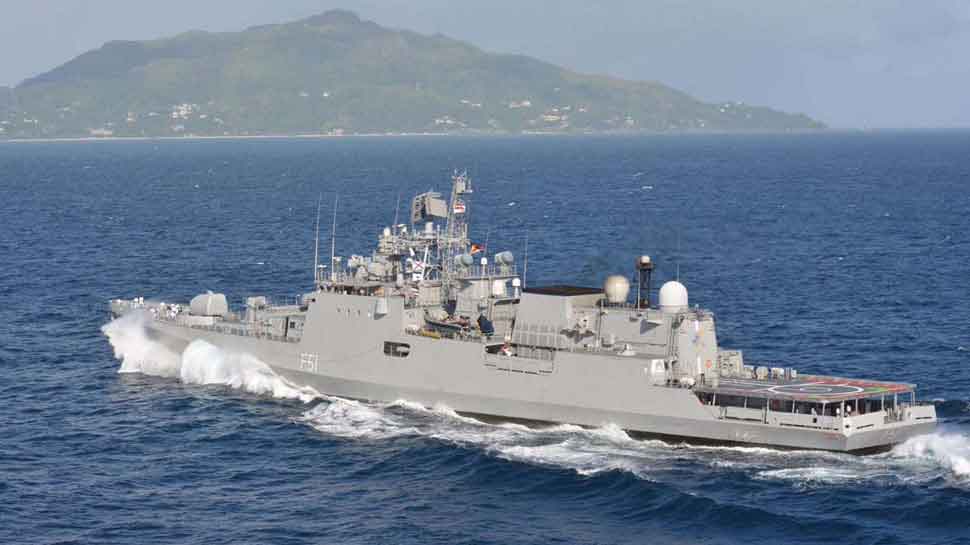 The Talwar-class frigate, INS Trikhand was constructed in Russia's Yantar shipyard and commissioned into Indian Navy on June 29, 2013. With a maximum speed of 30 knots (56 kilometres per hour), INS Trikhand has a range of 4,850 nautical miles at 14 knots while it is 1,600 nautical miles if the warship is crusing at its maximum speed. The warship has a complement of 180 sailors including 18 officers.

The MEA spokesperson further said that the government is also keeping a close watch on the developing US-Iran geo-political tensions. Expressing concerns over the situation arising from the killing of Iranian General Qassem Soleimani in a US airstrike, the government urged both the countries to exercise restraint and resolve all issues through dialogue.

As a precautionary measure, the MEA also issued a travel advisory for Indian citizens on Wednesday.

The MEA appealed to Indian nationals to avoid all non-essential travel to Iraq until further notification. Also, Indian nationals who are residing in Iraq are advised to be alert and avoid travelling within Iraq, the MEA added.

He further said, "Our Embassy in Baghdad and Consulate in Erbil will continue to function normally to provide all services to Indians residing in Iraq."

Moreover, the central government also directed all Indian airlines to avoid the airspace of Iran, Iraq and the Gulf.

Directorate General of Civil Aviation tweeted, "We had held meetings with the concerned Airlines and have sensitized them to remain vigilant and take all precautions."

Notably, Tehran has launched retaliatory short-range ballistic missiles at two military bases in Iraq that house American troops. Iran's Foreign Minister Javad Zarif on Wednesday said that his country took `proportionate measures in self-defence` and that it does not seek any escalation of the war.

"Iran took and concluded proportionate measures in self-defence under Article 51 of the UN Charter targeting base from which cowardly armed attack against our citizens and senior officials were launched. We do not seek escalation or war, but will defend ourselves against any aggression," Zarif said in a tweet.

In another incident today, with 180 passengers and crew onboard a Ukranian airplane have been killed, an Iranian emergency official told state television, shortly after it crashed near the airport in Tehran.

The plane, said to be a Boeing 737, is suspected to have crashed near Iran’s International Imam Khomeini airport – from where it had taken off – due to technical issues, media reports said.