The magazine, which appears to be a major threat to national security, has come under the scanner of security agencies. 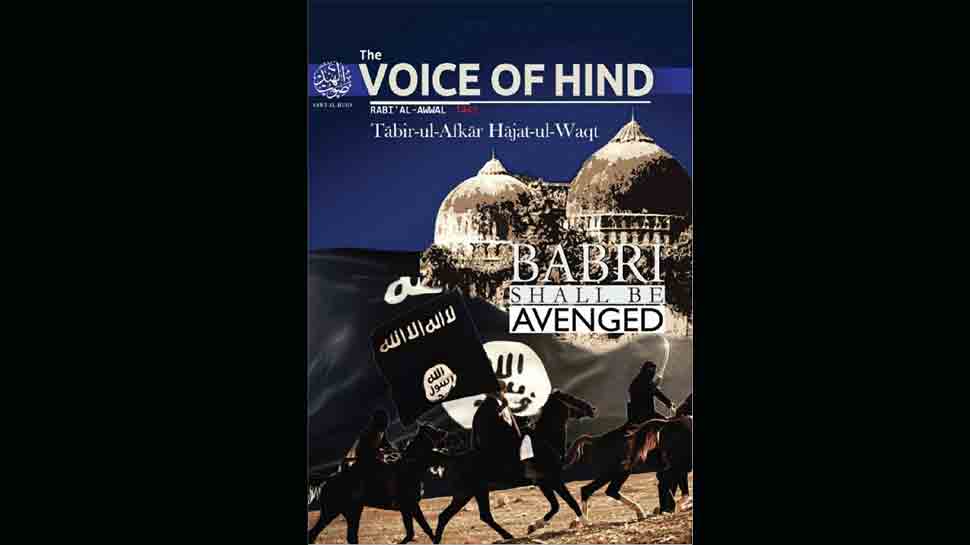 NEW DELHI: The dreaded plan of terror organization ISIS against India has been exposed once again. Zee News got access to the insidious literature of a digital magazine of the terror outfit which is being used to instigate people belonging to a particular community to take up arms and wage Jihad against the government of India.

The magazine, which appears to be a major threat to national security, has come under the scanner of security agencies.

The magazine assures people to continue with their protest against the Citizenship Amendment Act (CAA) assuring them that it stands firmly with them in their fight.

Named 'Voice of India', the digital magazine of ISIS is being used to spread hatred among people in the country through secret telegram channels and web. The magazine recently launched its ninth edition in which people belonging to a particular community were being instigated to avenge the demolition of Babri Masjid.

The magazine carries pictures of Babri Masjid's demolition while text on it reads, "Babri will be avenged". It also carries several examples of false propaganda and content related to CAA in it. In addition, it also asks people not to abide by the decision of the courts.

On the lines of its previous edition, the latest edition of the magazine too attempts to pit people against the government at the Centre.

Will strive to conquer the unconquered, says BJP's Tejasvi Surya after taking charge as BJYM chief