This year, at least 294 ITBP personnel have been awarded the Director General (DG) commendation for displaying bravery during skirmishes with Chinese troops in eastern Ladakh. 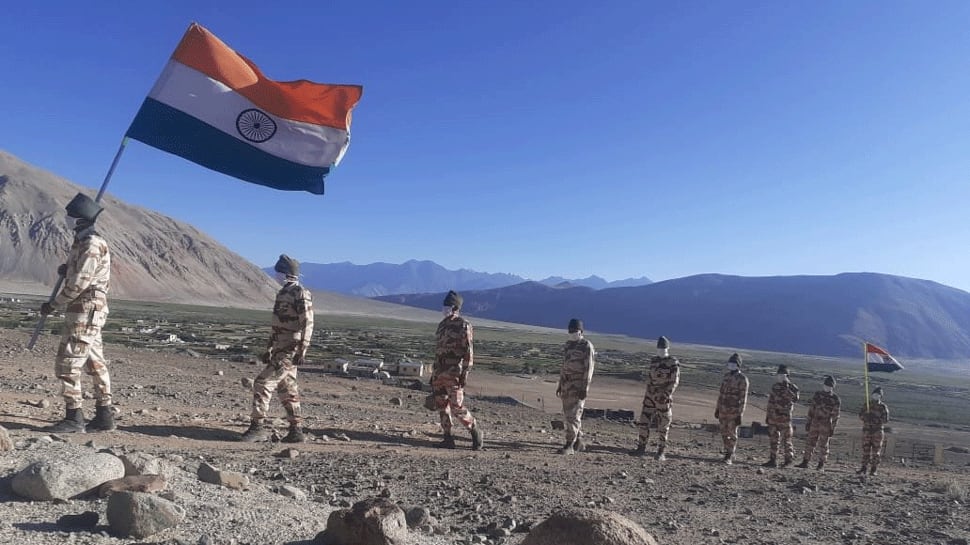 LADAKH: The soldiers of Indo-Tibetan Border Police (ITBP) on Saturday (August 15) celebrated the country’s Independence Day on the banks of Pangong Tso lake in Ladakh at 16,000 feet. The soldiers carried the tricolour of ITBP flags as part of the celebrations.

The official Twitter handle of ITBP on Saturday released a mashup of the popular patriotic songs sung by its soldiers.

This year, at least 294 ITBP personnel have been awarded the Director General (DG) commendation for displaying bravery during skirmishes with Chinese troops in eastern Ladakh.

The force recommended names of 21 of its personnel for gallantry medals for fighting shoulder-to-shoulder with the army in keeping the Chinese troops at bay amid the border standoff between the two countries over the last three months in Ladakh.

The ITBP added that six personnel of the force have also been awarded with the same DG commendation for showing courage in anti-Naxal operations in Chhattisgarh.

Also, among the Independence Day decorations are recommendations for the home minister's special operations medal to 358 ITBP and other paramilitary forces personnel for their dedicated services in the fight against the COVID-19 pandemic.

The force is operating over 10,000-bedded COVID-19 Sardar Patel hospital, the country's largest facility, at Radha Soami Beas in Delhi's Chhattarpur that opened on July 5.

It also set up the first coronavirus quarantine facility in the Chhawla area of Delhi in January, besides running Central Armed Police Forces Referral hospital in Greater Noida.

The about 90,000-personnel strong ITBP is the primarily tasked to guard the 3,488-km long Line of Actual Control (LAC) with China that runs from the Karakoram Pass in Ladakh to Jachep La in Arunachal Pradesh.