Jamiat Ulema-e-Hind held a public meeting against the National Register of Citizens (NRC) and the Citizenship Amendment Act (CAA) in Kolkata on Sunday. 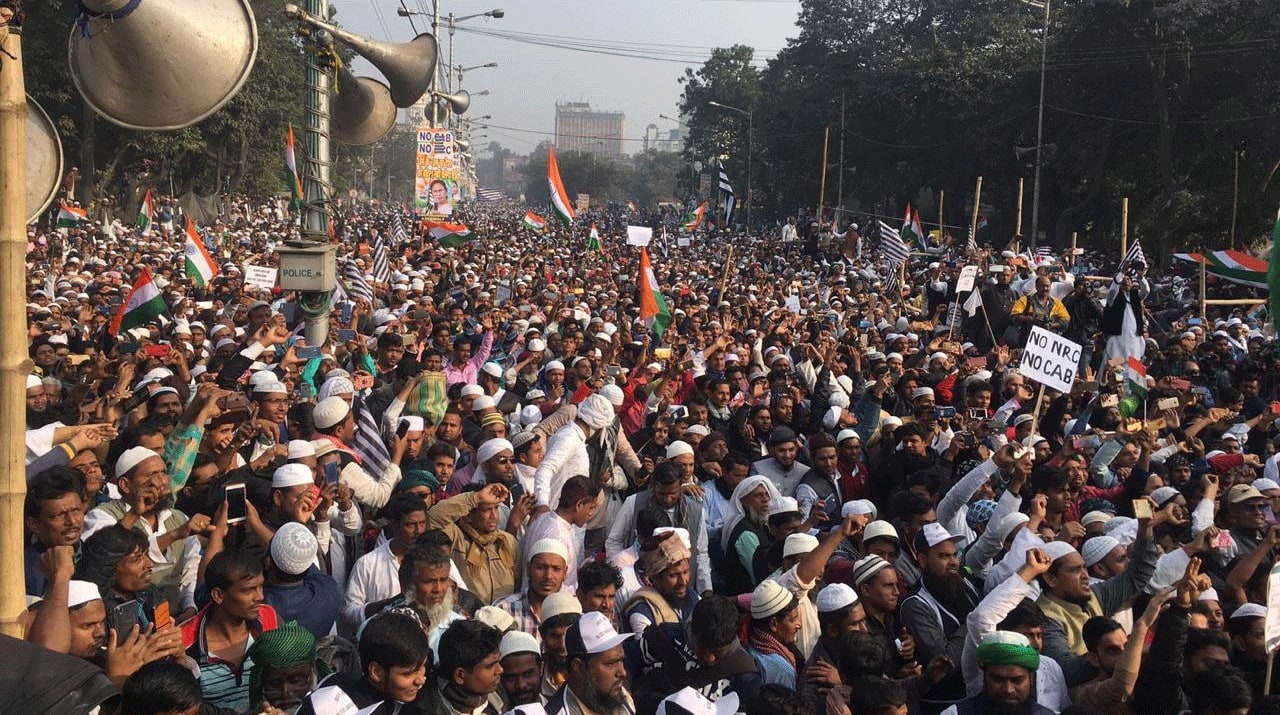 KOLKATA: Jamiat Ulema-e-Hind held a public meeting against the National Register of Citizens (NRC) and the Citizenship Amendment Act (CAA) in Kolkata on Sunday.

The West Bengal chief of Jamiat-Ulema-e-Hind Sidiqualla Chowdhury warned Union home minister Amit Shah from the rally that his organisation will gherao him if he comes to Kolkata unless the CAA is withdrawn.

Chowdhury who is also a minister in the West Bengal government said, "If the central government does not withdraw the CAA, Amit Shah will not be allowed to enter the city. We will gherao him if he visits the city, will not let him step out of the airport."

To up its ante against the union government, Chowdhury had urged people belonging to the minority community to join the agitation against the NRC and CAA.

"This is not a political meeting. We have taken permission for this rally. The Chief Minister says we have a good history of peaceful protest and we should continue to maintain it. Islam says Muslims should do good things for society. Don't divide us. You cannot throw us out of the country. It's our pride that we were part of the country when the Constitution was formed. RSS and BJP didn't make the country, they were not even a part of India’s freedom struggle.

He further said that protests and agitation against CAA and NRC will continue till it is withdrawn.

"We will not give up. We will continue to protest against NRC and CAA but that will continue peacefully without causing any disturbance or tension," Chowdhury further added.