Jammu and Kashmir first state in India to become a UT, Ladakh emerges from shadows

After Rajya Sabha, Lok Sabha gave its nod to the Jammu and Kashmir Reservation Bill. This comes only a day after Article 370 was revoked. 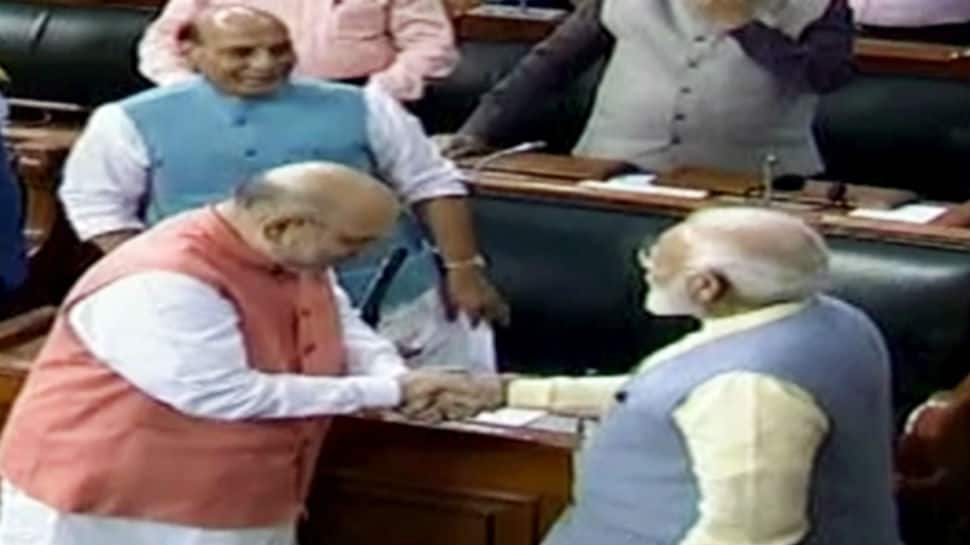 The development closely follows the historic decision of revoking Article 370 which gave special status to Jammu and Kashmir. Done to integrate Jammu and Kashmir with India in the truest sense, the bifurcation into two Union Territories too will serve to help with the overall objective of peace, prosperity and progress. Home Minister Amit Shah was the architect of both developments and after sending a passionate message in Rajya Sabha on Monday in which he said that the interest of people is paramount, he reiterated his commitment in Lok Sabha. He even said that he is ready to hear the concerns of common Kashmiris but categorically refused to have any discussions with the Hurriyat. "Those who take inspiration from Pakistan, I will not hold any talks with them," he said.

Shah also went the extra mile to reassure that once the ground situation normalises, Jammu and Kashmir would return to being a state. He also withdrew the J&K Reservation Bill a day after he had introduced to extend 10% reservation for the economically weaker people here.

Shah also lashed out in Lok Sabha against queries about Farooq Abdullah of National Conference being allegedly arrested. Keeping a count, he said he has said four times in the day that the veteran politician is not under arrest or detention, although Abdullah kept crying foul. 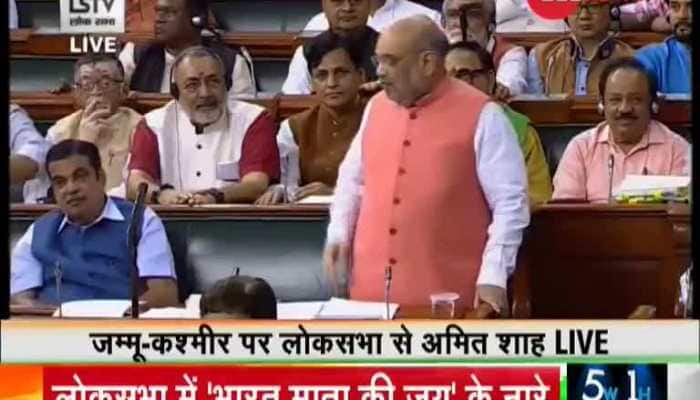 The Home Minister was also extremely critical of Congress MP Adhir Ranjan Chowdhury who had said shortly before him that UN has been monitoring Jammu and Kashmir matter since 1948. "You (Centre) say it is an internal matter. Is that an internal matter?" he asked. Shah promptly hit back when it was his turn to speak. "Jammu and Kashmir is an integral part of the Union of India," he said. (Read full report here)


While most of the focus in Parliament centered around Jammu and Kashmir, there was also a spirited analysis of the developments from BJP's Ladakh MP Jamyang Tsering Namgyal. He said that the time is now for Ladakh to come out of the shadows and it was possible because of PM Narendra Modi. PM Modi, in turn, appreciated how Namgyal had summed up the dreams and aspirations of the people in Ladakh. (Read full report here)


Outside Parliament, in Jammu and Kashmir

The reverberations of what happened inside Parliament will be felt in the two Union Territories of Jammu and Kashmir and Ladakh.

Both UTs will be administered much like Delhi and Puducherry with a Lieutenant Governor replacing the Governor in Jammu and Kashmir as well as Ladakh. The Assembly in Jammu and Kashmir will now have a tenure of five years, instead of six, while there will be 107 MLAs now. Of these, 24 seats will be vacant for the Pakistan-occupied-Kashmir.

In Lok Sabha, Jammu and Kashmir will have five seats while Ladakh will now get one.

Bigger and better things in the offing

Zee News has learnt that the Modi government is already considering massive infrastructure projects in Jammu and Kashmir and has already contacted key ministries to preapre a list. Sources have revealed that an announcement may be made in PM Modi's speech from Red Fort on the occasion of Independence Day. (Read full report here)

More immediately, NSA Ajit Doval - who reached Srinagar on Tuesday morning - held a meeting to review the security situation in Jammu and Kashmir. It has been learnt that he has directed that common people here should not face any hardship and be provided essential food supplies. (Read full report here)

No untoward incident has taken place anywhere in Jammu and Kashmir on Monday and Tuesday even though Pakistan violated ceasefire on Tuesday afternoon, only to be silenced by Indian forces. In Islamabad, Imran Khan addressed Pakistan's Parliament but chose to indulge in rhetoric rather than bank on facts.

With almost every country backing India's move in Jammu and Kashmir, or at least seeing it as an internal matter, Pakistan once again remains isolated as India takes massive strides for the welfare and well-being of people in the country's two northern-most Union Territories.