On Thursday evening, at least 10 policemen were feared trapped inside their post after an avalanche struck Kulgam district near the Jawahar Tunnel on Srinagar-Jammu National Highway. 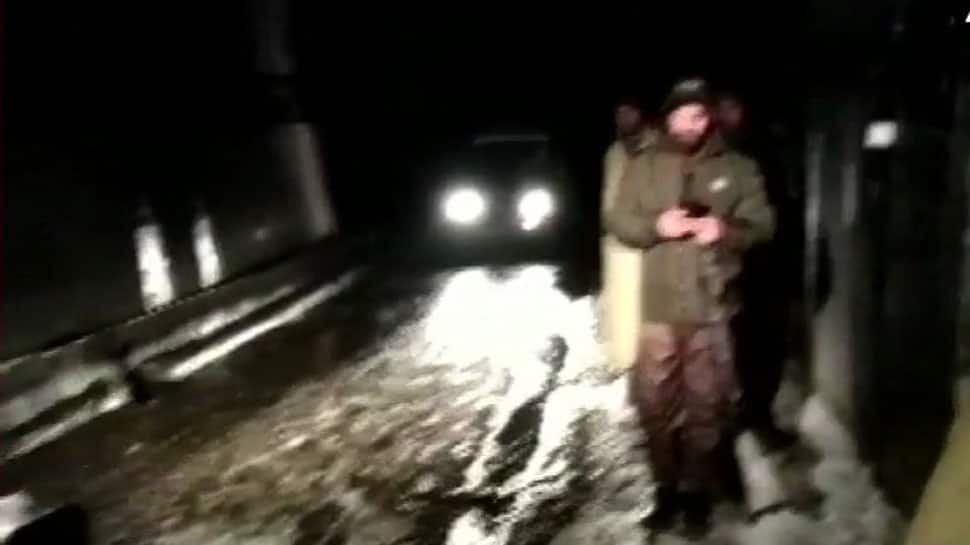 Hours after an avalanche struck Jammu and Kashmir's Kulgam district trapping at least 10 policemen, the task of rescuing the trapped people on Friday was hindred by wind and snow accumulation on the path.

The rescue teams have been trying to reach the site of the incident but the accumulation of snow on the path and the strong wind have been making it difficult for the teams, news agency ANI reported quoting the Jammu and Kashmir Police.

On Thursday evening, at least 10 policemen were feared trapped inside their post after an avalanche struck Kulgam district near the Jawahar Tunnel on Srinagar-Jammu National Highway.

The avalanche hit the north portal of Jawahar Tunnel on the Qazigund side, a police officer had said.

While 10 policemen posted at the post near the tunnel were reported safe, 10 others are believed to be trapped, he had said.

"Police rescue teams and other concerned agencies have been rushed to the site," he had added.

Kashmir valley has been witnessing heavy snowfall since Wednesday with Kulgam district in south Kashmir receiving maximum precipitation in the last 24 hours. Some places in the district have received as much as five feet snow, officials had said.

The Snow and Avalanche Studies Establishment on Thursday had issued an avalanche warning of varying degrees to 16 of the 22 districts in Jammu and Kashmir for the next 24 hours.