Raghubar Das first won the Assembly elections from Jamshedpur seat in 1995 in undivided Bihar, a seat which he went on to win five more times. 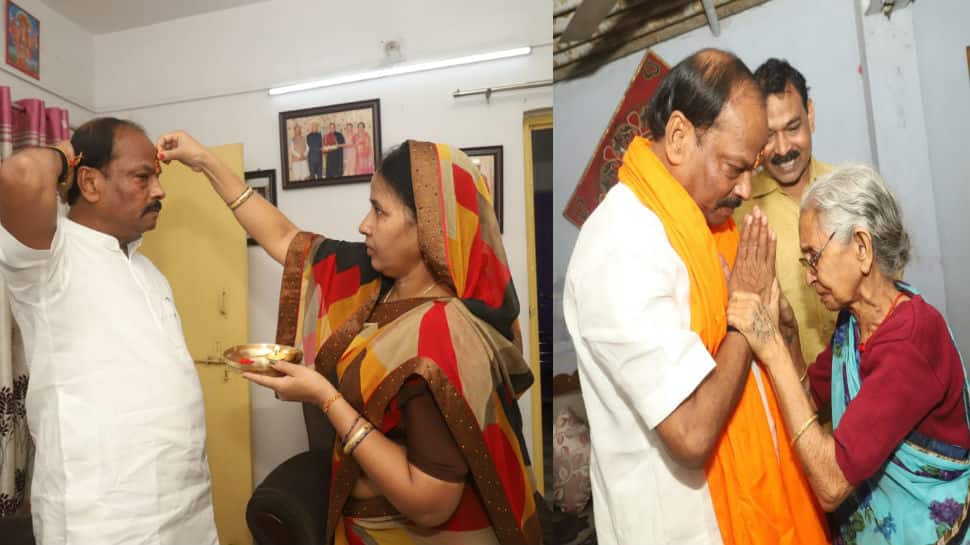 Raghubar Das first won the Assembly elections from Jamshedpur seat in 1995 in undivided Bihar, a seat which he went on to win five more times. He went on to become the first non-tribal chief minister of Jharkhand and the only one to complete his full term.

Meanwhile, BJP rebel Saryu Rai, who was Food and Supply Minister in the Raghubar Das Cabinet till Sunday, announced to fight Assembly polls against the Chief Minister and resigned from the Assembly membership as Cabinet minister the same day.

Rai also reached the district administration office on Monday to file nomination paper along with few supporters, giving a new twist the state politics while making the election at Jamshedpur East seat the centre of attraction.

Rai, who is fighting as an independent candidate, was angry after BJP put his ticket on hold.

On Saturday, Rai had expressed unhappiness over the party for putting his ticket on hold. He was legislator from Jamshedpur West seat and was critical of his own government over several issues.

A product of JP movement led by Jayaprakash Narayan in 1975, Rai is an old fiend of Bihar Chief Minister Nitish Kumar. He was one the petitioners in Patna High Court seeking CBI probe in multi million fodder scam.

The development has given boost to the opposition parties ahead of elections. Till now, the BJP has announced the names of 71 candidates but the name of Rai is missing from the list.

Prof Gourav Vallabh, a former faculty member at the Xavier School of Management (XLRI) Jamshedpur, had recently been in news for his debate with BJP national spokesperson Sambit Patra. He had joined Congress in 2017 and had then participated in many TV debates and press conferences in the run-up to the 2019 Lok Sabha elections.

Along with Prof Vallabh, Congress also announced the name of Mrs Mamata Devi, who has been fielded from the Ramgarh constituency. While the Jamshedpur East seat will see polling in the second phase, the Ramgarh seat will see voting in the third phase.

Congress has forged an alliance with the Jharkhand Mukti Morcha (JMM) and Rashtriya Janata Dal (RJD) in the state to defeat the incumbent BJP.