This comes just days after the Supreme Court had allowed senior CPM leader Sitaram Yechury to visit Tarigami in Srinagar. 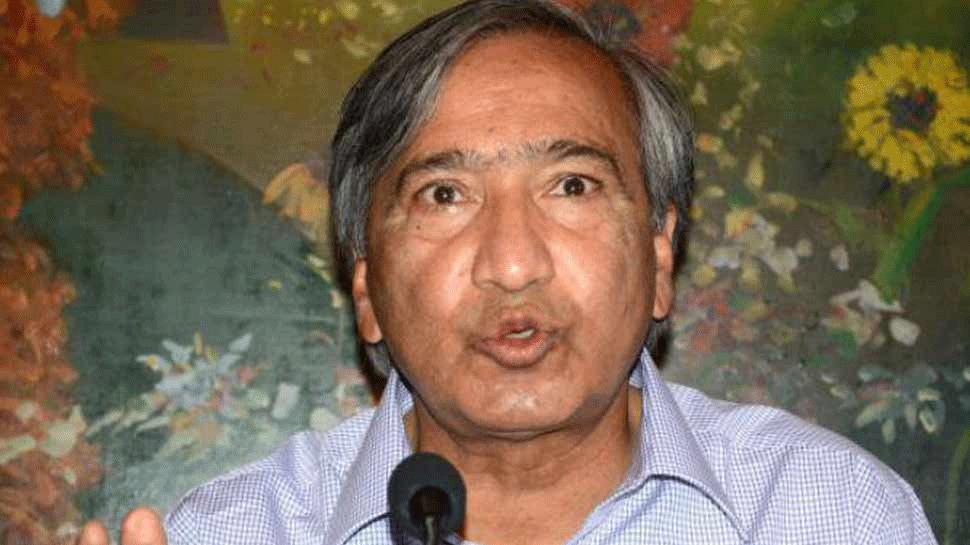 Ailing CPM leader Mohd Yousuf Tarigami was on Monday shifted from Srinagar to the All India Institute of Medical Sciences (AIIMS) in the national capital, following directions from the Supreme Court.

This comes just days after the Supreme Court had allowed senior CPM leader Sitaram Yechury to visit Tarigami in Srinagar, which is under an unprecedented security cover in the wake of the abrogation of Article 370, which granted special status to Jammu and Kashmir.

The top court had, however, directed Yechury to refrain from any other engagement apart from visiting his ailing friend.

After his return from Srinagar, Yechury had appealed before the top court that Tarigami should be shifted to AIIMS as his health condition was deteriorating. Taking cognisance of the affidavit, the Supreme Court directed the authorities to shift him to the national capital.

The top court had said that the former Jammu and Kashmir MLA should be shifted to AIIMS "at the earliest".

Tarigami was kept under house arrest following the abrogation of Article 370 by Prime Minister Narendra Modi-led central government. He is a member of the Central Committee of the CPM and has served as a four-time MLA of the dissolved Jammu and Kashmir Assembly.

Yechury’s visit to Srinagar last month was probably the first visit to Kashmir by any member of the opposition. Prior to that, a delegation of opposition leaders, led by former Congress president Rahul Gandhi, had landed in Srinagar but was sent back by authorities from the airport itself.

After Yechury landed in Srinagar, he was whisked away in a VIP entourage of more than seven cars to take him to Tarigami's residence. The government authorities did not allow Yechury to hold any political meeting or media interactions apart from meeting his party colleague as per the apex court's order.