The sorry state of Kota's JK Lone hospital is reflected in a government-formed panel's report which shows how 110 infants lost their lives due to lack of basic life-saving equipments at the hospital. 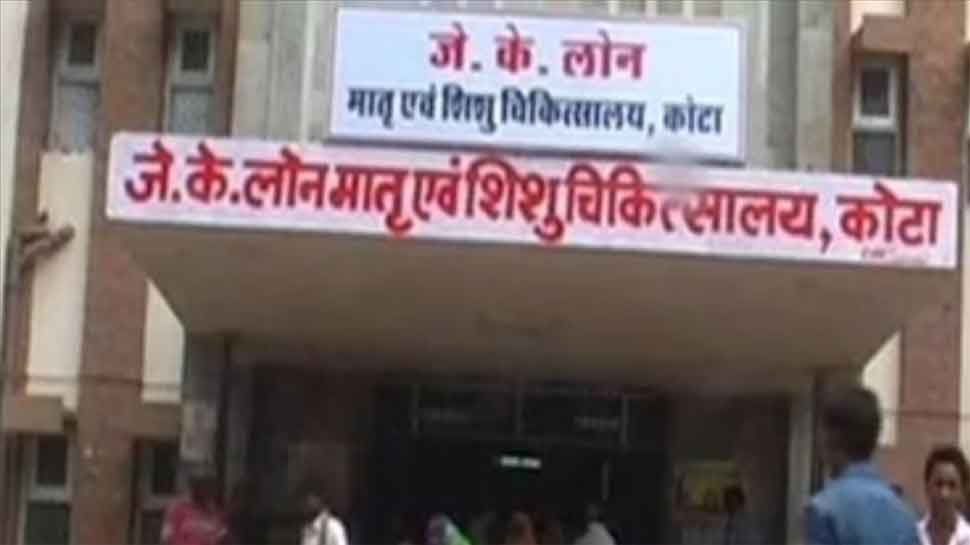 New Delhi: With the death of three more infants at Kota's JK Lon Hospital, the death toll here has risen to 110, officials said on Sunday (January 5).

The central team of the Ministry of Health and Family Welfare has initiated the investigation into the infant deaths at the Kota hospital. The multi-disciplinary team that included Dr Kuldeep Singh, Head of the Paediatrics and Dean Academics, AIIMS-Jodhpur; Dr Deepak Saxena, Senior Regional Director (H&FW), Rajasthan; Dr Arun Singh, Professor of Neonatology, AIIMS-Jodhpur; and Dr Himanshu Bhushan Advisor, NHSRC, MoHFW, has sought detailed information on the hospital and infant deaths.

In the preliminary investigation, it was found that one nursing staff was deployed to look after 13 infants, instead of 4, in the hospital. At least 77 percent of heaters and warmers were non-functional despite the region facing severe cold waves since last few weeks. The report added that the infants might have also died of hypothermia, a medical emergency when body temperature falls below 35C.

The report added that even as the kids continue to die in the hospital, the administration did not manage enough stock of life-saving equipment.

On Saturday, Rajasthan Deputy Chief Minister Sachin Pilot took an apparent dig at his own government on the `number game politics` over the death of children in Kota`s JK Lon hospital, and said accountability should be fixed for the deaths of innocent children. "Either administration, medicos, or government... someone needs to be held accountable for these deaths," he said expressing anger against the Ashok Gehlot-led government in which he is the number two.

"Thirteen months after forming our government in the state, targeting the previous government on irregularities being reported in the hospital shall not solve the issue. Had they been doing things right, they (BJP) might not have been rejected by the people. People have chosen us and therefore we need to be compassionate and sensitive on this issue," he said.

Rajasthan CM Ashok Gehlot had earlier said that the mortality rate of infants in 2019 has been the lowest in the last six years.

Taking cognizance of media reports about the death of over 100 children at a government-run hospital in Kota district of Rajasthan in December last year, the National Human Rights Commission (NHRC) India has issued notice to the state government, a Home Ministry statement said earlier. The notice, issued to the Rajasthan Chief Secretary, asked the state government to submit a detailed report within four weeks in the matter, including the steps being taken to address the issue.

Notably, at a time when the Rajasthan government has been facing severe criticism over infant deaths, state Health Minister Raghu Sharma and Transport Minister Pratap Khachriyawas on Friday were given a 'warm welcome' by hospital officials who rolled out a carpet for their visit. However, later officials had to remove the carpet when the issue became the talk of the town.

On December 31, Congress interim President Sonia Gandhi summoned party in-charge in the state Avinash Pande and also sought an explanation from Chief Minister Ashok Gehlot on the issue. Rajasthan Health Minister Raghu Sharma in his defence said that the children brought to the hospital were in critical condition and despite efforts they could not be saved while those who were less critical were saved.