An Air India Express plane with 190 people onboard skidded off the runway of the Kozhikode airport in Kerala on Friday (August 7) evening killing at least 17 people including both the pilots. 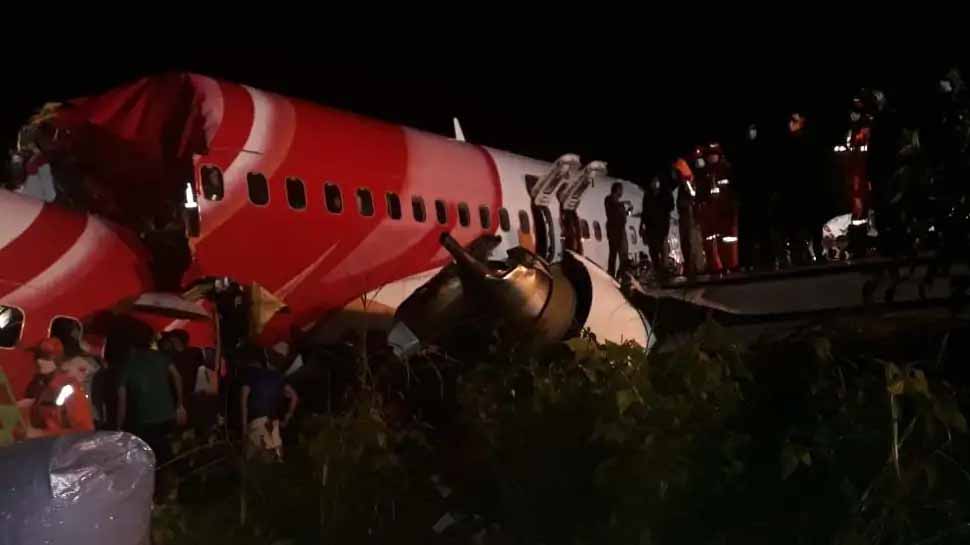 New Delhi: An Air India Express plane with 190 people onboard skidded off the runway of the Kozhikode airport in Kerala on Friday (August 7) evening killing at least 17 people including both the pilots.

To understand what could have caused the crash, there could be the following three possibilities.

Firstly, pilots have to undergo training atleast twice a year and after that they are evaluated as 'fit' to fly an airplane. But this year due to COVID-19 the training which is conducted with the help of simulators was cancelled till September 30, which means that those who were 'not fit' to fly could end by also end up piloting the airplanes.

Another purported reason could be mental stress for the pilots. It was recently declared that all pilots will undergo a salary cut of 60 per cent. The suggested salary reduction would be enforced from April 1. The announcement was made on Thursday. This could have put the pilots under immense mental stress.

Thirdly, the Karipur airport runway at which this accident happened is called the 'table top runway', it has lights in the middle which is called 'center light' to give a better estimate of the runway while landing. But there was no such light on this runway. This is called the 'Black Hole Approach'. The runway is dangerous and large aircraft do not land at this airport.

Due to incessant rains in the region, maybe the plane experienced tailwind and with the problem of 'black hole' a proper estimate of the runway could not be made. Also, low visibility adding to the trouble could have been a reason causing the plane to skid off.

Meanwhille, all possible help is being extended by both the state and Central authorities to conduct rescue operations at Karipur Airport.

Union Minister of Civil Aviation Hardeep Singh Puri said, "Deeply anguished and distressed at the air accident in Kozhikode... We are in touch with local authorities... Relief teams from Air India & AAI are being immediately dispatched from Delhi & Mumbai. All efforts being made to help passengers. A formal enquiry will be conducted by AAIB."

A total of 190 people -- 184 passengers, two pilots, and four cabin crew were onboard the aircraft. The plane skidded off the runway and fell around 35 feet down, it broke into two parts apparently the front half took the damage but people in the rear half have survived. The flight was a part of Centre's Vande Bharat Mission.