Kuldeep Singh Sengar, former Uttar Pradesh BJP MLA, was on Monday convicted of raping a minor girl in Unnao. Sengar was held guilty by Delhi's Tis Hazari court under Indian Penal Code Section 376, and Sections 5 and 6 of The Protection of Children from Sexual Offences Act. 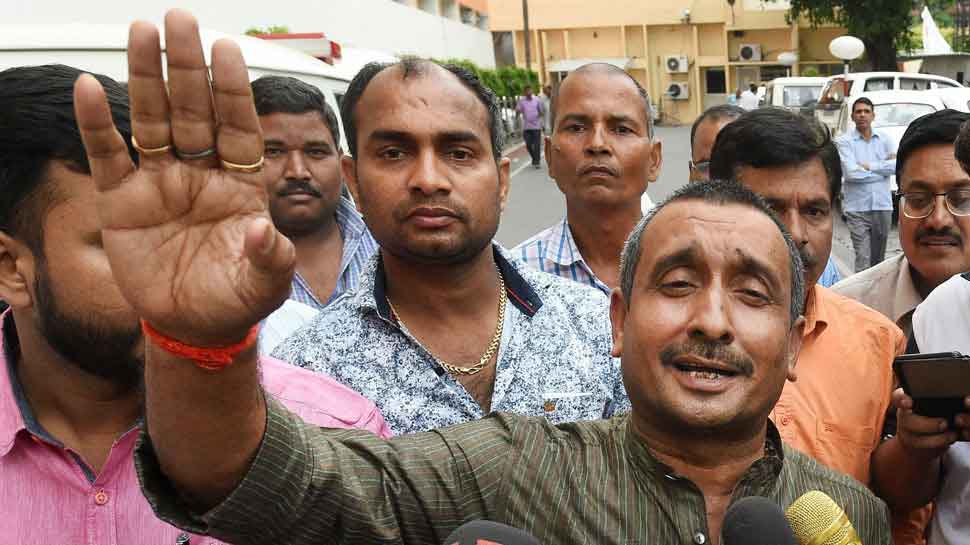 While convicting Sengar, the judge came down heavily on the Central Bureau of Investigation (CBI) for being unable to file a chargesheet in the case for almost one year. "I am unable to understand why it took CBI one year to file the chargesheet which halted the trial. I find being a POCSO judge there is nothing wrong with law but its the implementation. Section 24 provides for women officers who should conduct the entire examination. But it is surprising that CBI was calling the victim instead of going to her without bothering about her anxiety which is against law," observed the judge before he pronounced the verdict.

He stated that prosecution proved the girl was a minor, and it was established that she was sexually assaulted. "It was not reported immediately and there was a delay. She faced threats," the judgement read.

Meanwhile, the court has acquitted Sengar's co-accused Shashi Singh who was accused of taking the rape victim to the convicted MLA's house on the pretext of providing her job. The court will decide the quantum of sentence on December 17, at 12.30 pm .

The judgement in the case comes after two and a half year after it was reported. The victim was admitted in AIIMS hospital after a truck rammed into the car in which she was travelling with her family members and lawyer in Uttar Pradesh's Rae Bareli district in July 2019.

June 4, 2017: The 17-year-old goes missing from her village, Mankhi in Uttar Pradesh (UP). She was allegedly gang-raped by BJP MLA Kuldeep Singh Sengar, his brother Atul Singh and their accomplices. A missing person complaint is filed by her family members.

June 21, 2017: She is found in Aurraiya and a case was registered under Sections 363 (kidnapping) and 366 (kidnapping a woman to compel her for marriage) of the Indian Penal Code on June 22.

April 3, 2018: The rape survivor's father was beaten up by the accused MLA's brother Atul Sengar and his accomplices. Both sides lodged complaints against each other. The police choose to arrest only her father and sent him to judicial custody.

April 8, 2018: The survivor tried to set herself ablaze near Chief Minister Yogi Adityanath’s residence in Lucknow to protest alleged the police inaction against Sengar.

April 9, 2018:  The rape victim's father died in police custody. The reason for death was said to be 'blood poisoning'.

April 14, 2018: CBI made the second arrest in the Unnao rape case, and took Shashi Singh into custody. She allegedly took the girl to Sengar on the day of the crime.

July 28, 2019: The girl and her lawyer got critically injured in a truck-car collision in Rae Bareli. Two of the victim's aunts were also killed in the accident. The victim, suffered multiple injuries and was admitted to Lucknow hospital.

August 1, 2019: BJP's state unit expelled Sengar over the charges against him

Woman sets herself on fire in UP's Unnao outside SP's office