Days after clashes between pro and anti-Citizenship Amendment Act protesters, which has claimed the lives of at least 37 people and left hundreds of others injured in northeast Delhi, the situation in the national capital remains tense on Thursday (February 27, 2020). Amid appeals for calm and peace from PM Narendra Modi, Home Minister Amit Shah and several top political leaders, the security forces conducted a flag march in different parts of Northeast district to monitor the situation in the area. 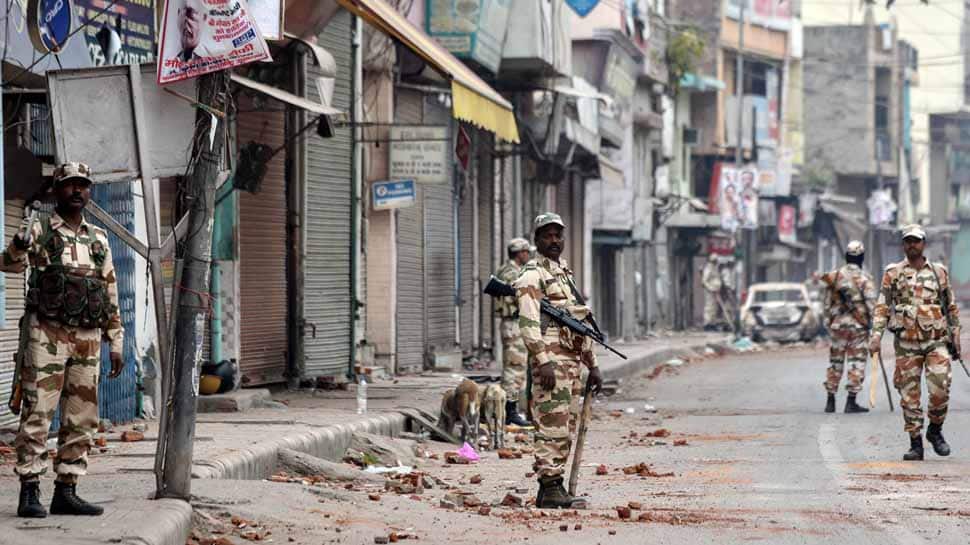 NEW DELHI: Days after clashes between pro and anti-Citizenship Amendment Act protesters, which has claimed the lives of at least 37 people and left hundreds of others injured in northeast Delhi, the situation in the national capital remains tense on Thursday (February 27, 2020). Amid appeals for calm and peace from PM Narendra Modi, Home Minister Amit Shah and several top political leaders, the security forces conducted a flag march in different parts of Northeast district to monitor the situation in the area.

All the security personnel were equipped with riot gears and batons during the march. The newly appointed Delhi Police Special Commissioner (Law and Order) SN Shrivastava also took stock of the situation in violence-affected areas in the Northeast district. Meanwhile, security has been deployed at various locations in the district with Jaffrabad, Maujpur-Babarpur, Gokulpuri, Johri Enclave and Shiv Vihar among the violence-hit areas in the Northeast district.

Thanks for tuning in to Zee News.

Ankit' postmortem report states that his entire body had countless knife marks. He was stabbed many times. According to the doctors, they have never seen so much wound in somebody's body.

AAP suspended Tahir Hussain from the party. He will remain suspended from the party until entire investigation and enquiry are completed in his alleged involvement in riots.

Delhi Police has registered a case against AAP's Tahir Hussain under Section 302 (murder) and other sections of IPC at Dayalpur police station. The Crime Branch is investigating the case.

Delhi Police constitutes 2 SITs--DCP Joy Tirkey and DCP Rajesh Deo will head each. Both the SITs will have 4 ACPs, 12 inspectors, 16 subinspectors and 12 head constables and constables. The LG has asked Special CP Sundari Nanda to meet families of deceased, injured and ensure all possible help.

Tahir Hussain's factory-cum-house was sealed after team of forensics colected samples from inside the house.

In a press conference today (February 27), Delhi Chief Minister Arvind Kejriwal sais, "Violence has come down since yesterday, we have decided to announce relief for the riot victims. Those injured can get treated in private hospitals through the farshta scheme, this scheme was launched for accident vicitms but riot victims have been added to it too. We are trying to get food to curfew affected areas."

The Delhi High Court gave the Centre time of four weeks time to file an affidavit in the matter, and adjourned the hearing till April 13. The Centre and the Delhi Police told the court that they needed more time to file charges against the three BJP leaders for making alleged hate speeches.

Solicitor General tells HC that Centre and police need to file a reply to plea for lodging FIRs against alleged hate speeches by three BJP leaders.

The Delhi High Court will hear a petition seeking action against those involved in the communally-charged riots that affected various parts of Northeast Delhi, beginning late Sunday evening. The petition has been filed by retired bureaucrat Harsh Mander.

After submitting the memorandum, former PM Dr Manmohan Singh said, "We called upon the President to suggest to him that what has happened in last four days in Delhi is a matter of great concern and a matter of national shame in which at least 34 people have died and 200 people are injured, it is a reflection of total failure of Central Government."

A delegation of the Congress party led by interim president Sonia Gandhi and former Prime Minister Dr Manmohan Singh called on President Ram Nath Kovind at Rashtrapati Bhavan today to submit a memorandum on the violence that hit Delhi. 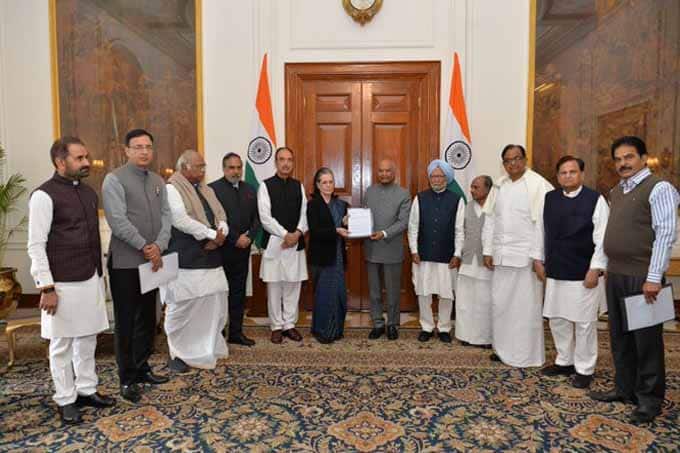 In the memorandum, Sonia Gandhi submitted: "We call upon you (President) to ensure that life, liberty, & property of citizens are preserved. We also reiterate that you should immediately call for the removal of the Home Minister for his inability to contain violence."

An impleadment application has been filed in Delhi High Court by Sanjjiiv Kkumaar. He has sought directions to NIA (National Investigation Agency) to conduct an investigation into the Delhi riots. He also prays to direct the Delhi Police to register FIRs against Mr Harsh Mander, Ms R J Sayema (Radio Mirchi), Ms Swara Bhaskar, Mr Amantullah Khan (AAP Party) under appropriate IPCs and IT Act. Kkumaar has prayed that he be included as a respondent in the case.

The police on Thursday received news of at least two bodies in a drain at Gokalpuri area in New Delhi, the CRPF and police conducted a search operation with the help of divers. An unidentified male body was recovered though it is not clear if there is another body still there in the drain. The cause of death could not be ascertained, the body has been sent for postmortem.

The Congress party which was earlier set to march to the Rashtrapati Bhavan has now decided that they will gather outside the gate and hand over the memorandum to President Ram Nath Kovind.

An order issued by the Delhi High Court yesterday said:

* Delhi government will ensure that shelters be set up, basic amenities like blankets, medicines, sanitation and clean drinking water be provided... shelter homes be used for this purpose and existing habitants shall not be evacuated.

* Zubaida Begum was appointed as amicus curiae. She will be provided with a new mobile number and will take the assistance of 4 to 5 staff members.

Injured police officer DCP Amit Sharma has regained consciousness, he is better now and is responding to medical treatment being provided to him at Max Hospital.

On the transfer of Justice Muralidhar, Union Law Minister Ravi Shankar Prasad said that the transfer was done on the recommendation of SC collegium and that a well-settled process was followed.

The Delhi Fire Service received 19 calls between midnight to 8 am on Thursday (February 27) from riot-hit areas of northeast Delhi, an official said. Over 100 firemen are deployed in the area and all the four fire station in the area are provided with extra fire tenders to meet any emergency and are being managed by senior officers, Director of Delhi Fire Service Atul Garg said. Senior officers are also camping in the riot-affected area, he added.

Chand Bagh witnessed the most violent arson in Delhi. The people here are having trouble procuring everyday ration items like milk and vegetables. People's daily life has come to a standstill. No leader has come to meet them yet.

The AIMIM chief Asaduddin Owaisi on Twitter flays Union Home Minister Amit Shah saying he is the "man who hasn’t uttered a public word yet on the ugly pirouette of maddened mobs". Calling Shah the "custodian of Delhi’s security" Owaisi said the BJP minister would probably have a few answers.

Delhi Special Commissioner of Police SN Srivastava took stock of the situation in northeast Delhi. Security deployed at various locations in the area.

Deeply troubled over deaths in clashes in northeast Delhi: US House Foreign Committee

Security forces conduct flag march in different parts of Northeast Delhi. Herer are some visuals from Jafrabad and Maujpur areas.