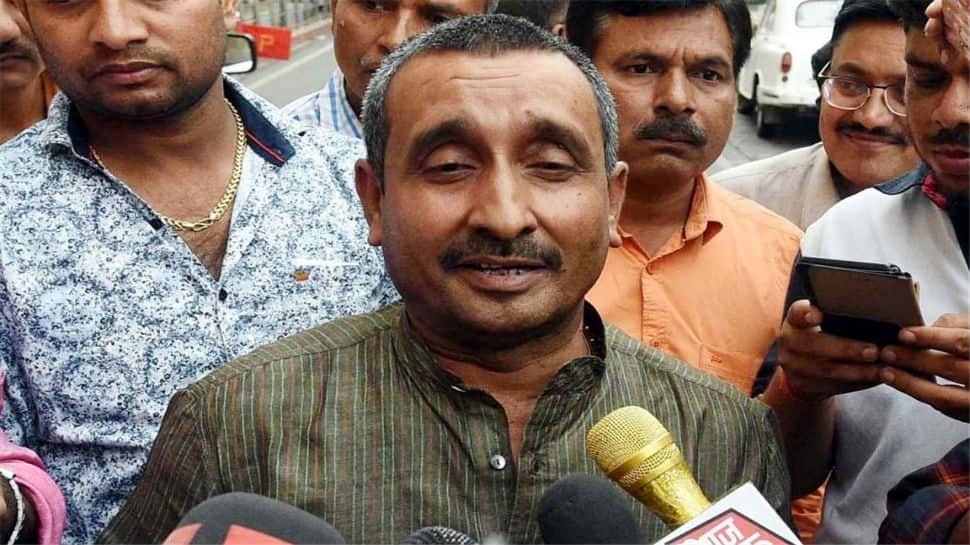 NEW DELHI/LUCKNOW: The Supreme Court transferred all the five cases against Unnao rape accused Kuldeep Singh Sengar to Delhi Special court on Thursday. It further directed the CBI to complete the investigation in the rape case within 45 days and the probe on the accident in seven days. It also ordered the Uttar Pradesh government to pay a compensation of Rs 25 lakh to the victim and her family.

Amid the nationwide outrage, the Bharatiya Janata Party expelled the four-time lawmaker Kuldeep Singh Sengar from the party.

Here are the live updates on the Unnao rape and accident case:

The CBI says that arrangements to airlift the Unnao victim can be made on the family's request.

KGMC Hospital tells SC that the Unnao victim and her lawyer can be airlifted.

The designated judge in Delhi will commence the trial on day-to-day basis and complete the trial within 45 days.

The SC directs the Uttar Pradesh government to pay compensation of Rs 25 lakh to the victim's family.

Supreme Court says, "Taking into account the ground stated in transfer petition, and letter to the CJI, we order the transfer of all the cases from the CBI court in UP to Delhi."

The trial court to hear case on day to day basis and complete the same within 45 days, directed the SC bench led by CJI Gogoi.

"What is happening in this country," the Supreme Court remarked during court hearing. "Is what has happened as per law?"

The condition of the Unnao rape survivor and her lawyer is currently stable but they are still on life support, informed the King George Medical University hospital in Lucknow, Uttar Pradesh, on Thursday, days after an accident took place.

The top court will also transfer the five cases related to the rape accused Kuldeep Sengar to Delhi. "We will come back at 2 PM and pass an order on transfer of cases on all the five cases and medical attention to the victim and her lawyer," Chief Justice Ranjan Gogoi sais during court proceedings. Both the rape victim and her lawyer are in a critical condition after they met with an accident on Sunday.

Three police personnel including two women cops appointed for the security of Unnao rape victim have been suspended.

The SC further indicated that compensation to the victim must come from the National Legal Services Authority (NALSA) and the state government.

The Supreme Court Thursday directed the CBI to complete the investigation in the Unnao rape and accident case within seven days.

During the hearing, the top court bench asks Solicitor General Tushar Mehta, who's representing the probe agency, "How much time do you need (for investigating the accident of Unnao rape survivor and others)?' To this, the Solicitor General says, 'A month'.

The CJI responded, "A month? No, investigate in Seven days."

Amid fierce opposition from several sections, the Bharatiya Janata Party expelled Kuldeep Singh Sengar from the party on Thursday (August 1). The party had already suspended Sengar on Tuesday. The Central Bureau of Investigation (SBI) on Wednesday took over the probe into the accident of Unnao rape survivor’s accident and registered an FIR against Sengar and nine others.

The Supreme Court directed the CBI officer investigating the Unnao rape case and the accident involving the victim to appear in court at noon on Thursday. The top court bench said it wants to interact with a senior officer who can talk about the case and share sensitive information in the chamber.

During the SC proceedings, Solicitor General Tushar Mehta, appearing for the Central Bureau of Investigation, said that all investigating officers in the Unnao case are currently in Lucknow. The Court refused to adjourn and instead asked the Solicitor General to interact with officers on phone and address the court by noon.