About 30 districts in the state including Lucknow, Kanpur, Barabanki, Saharanpur, Moradabad, Sambhal, Bijnor and Amroha, Sultanpur, Sitapur, Ayodhya, Varanasi, Gorakhpur, Prayagraj among others, have been witnessing incessant rains since late on Wednesday night. 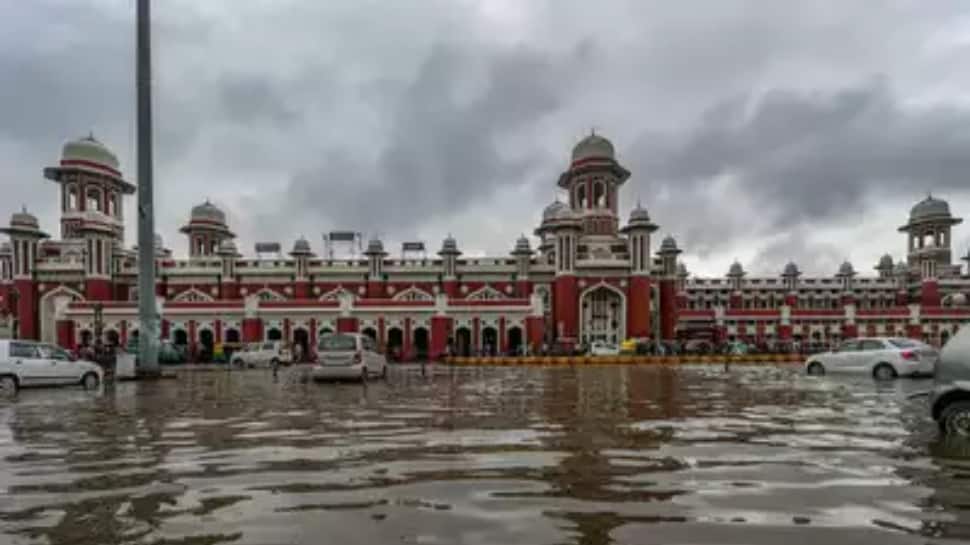 New Delhi: Lucknow witnessed intermittent spells of rainfall throughout the day on Thursday (September 16, 2021), causing waterlogging and traffic congestion in several areas. Half of the city was submerged in water due to heavy showers.

The state of the city after one day’s rainfall uncovered the harsh reality that the district administration and municipal corporation were not prepared for the season. Even residential areas near Hazratganj witnessed knee-deep water due to the major negligence on the part of the authorities.

The weather agencies have predicted heavy rains across Uttar Pradesh over the past few days, which have been a cause for concern. Many reports of tragedies triggered due to heavy rainfall like house collapses, the uprooting of dozens of trees on the commute of Lucknow-Bareilly highway, and even the falling of electric poles in Bareilly have come to light.

About 30 districts in the state including Lucknow, Kanpur, Barabanki, Saharanpur, Moradabad, Sambhal, Bijnor and Amroha, Sultanpur, Sitapur, Ayodhya, Varanasi, Gorakhpur, Prayagraj among others, have been witnessing incessant rains since late on Wednesday night.

Meanwhile, the national capital also faced a similar situation, as heavy rains lashed the city on Thursday, traffic snarls and waterlogging was reported from several parts of the city.

The traffic police had to shut Pul Prahladpur underpass on Mehrauli-Badarpur Road in south Delhi due to waterlogging.

As the vehicular movement was affected on several stretches, the traffic police issued advisories on social media asking commuters to avoid such roads.

“Traffic is affected from Nangloi Flyover towards Mundka (both carriageway) due to waterlogging,” the Traffic Police tweeted.

PWD officials said the ground staff was dealing with the waterlogging complaints.

“Very few waterlogging-related complaints have been received today (Thursday) so far and they were dealt with on a priority basis,” a senior PWD official said.