The TMC MP from West Bengal's Basirhat shared a post on social media expressing her support for the letter written by 49 intellectuals, including noted filmmakers Mani Ratnam and Shyam Benegal. 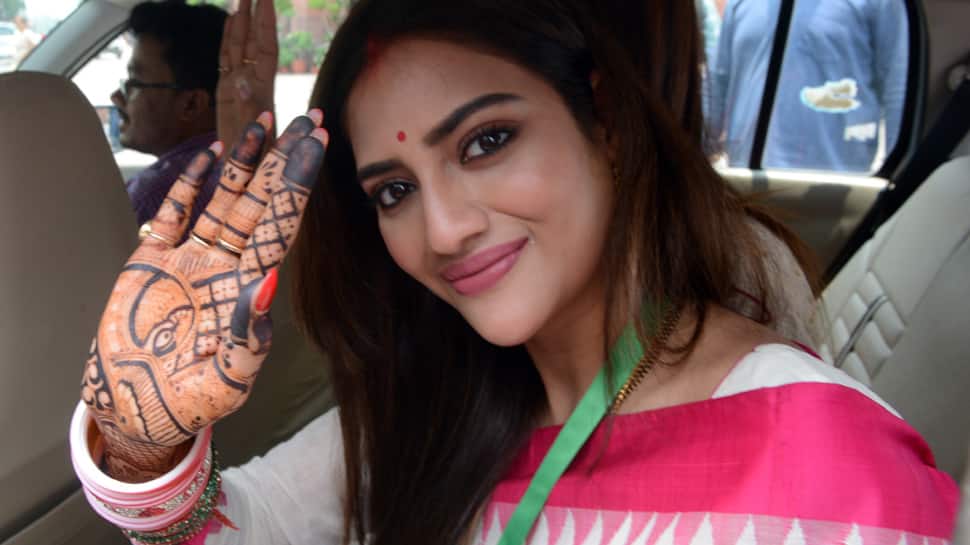 Jahan quoted a couplet from Iqbal's poem Sare Jahan Se Achha to stress that India's unity in diversity should not be destroyed. The TMC MP from West Bengal's Basirhat shared a post on social media expressing her support for the letter written by 49 intellectuals, including noted filmmakers Mani Ratnam and Shyam Benegal.

"There are numerous incidents of citizens being attacked by so-called "cow vigilantes" over rumours of eating beef, or cow-smuggling, etc and government's selective silence and inaction hits us hard," Nusrat Jahan said in the post.

Nusrat claimed that the lynch mobs has turned "Lord Ram's name into murder cry" and mob lynchers are real enemies of India. She said that the mob lunchers are nothing less than "terrorists".

"As young MP, representing new age secular India, I request government and all lawmakers to frame a law to stop such assaults on democracy by mob lynchers," Nusrat Jahan said in her post.

In the letter, the 49 eminent personalities had cited a report of the National Crime Records Bureau (NCRB), which states that there have been at least “840 instances of atrocities against Dalits in the year 2016, and a definite decline in the percentage of convictions”. They demanded that “lynching of Muslims, Dalits and other minorities must be stopped immediately”. The letter also claimed that ‘Jai Shri Ram’ has been turned into “a provocative war cry”, leading to law and order problems on various occasions.

Meanwhile, the government has rebutted the claims made by the intellectuals and said that there is no factual basis for claiming that India is losing the image of being secular and tolerant nation. The Ministry of Home Affairs said on Wednesday that Prime Minister Modi-led NDA government at the Centre is committed to uphold Constitutional values and rule of law in the country.