The 15 miners were trapped since December 13, 2018, in the 370-feet deep flooded coal mine at Ksan near Lytein River in the district. 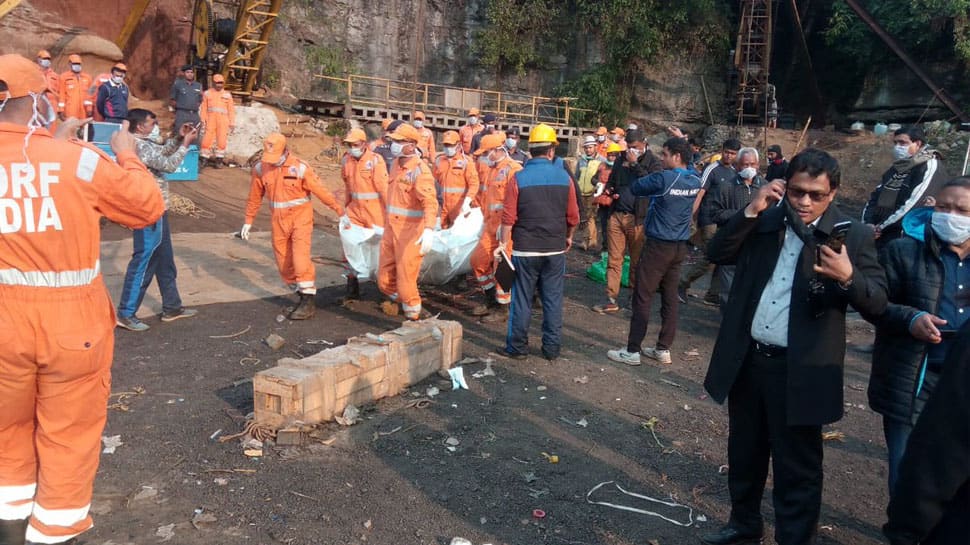 The body of one of the 15 trapped miners was recovered on Thursday from the mine in Meghalaya`s East Jaintia Hills district, more than a month after they were trapped.

The body has been sent for postmortem. The 15 miners were trapped since December 13, 2018, in the 370-feet deep flooded coal mine at Ksan near Lytein River in the district.

The Navy team pulled out the highly decomposed body to the water surface by an underwater remotely operated vehicle (UROV) and it was then taken out, news agency IANS reported quoting a senior rescue official.

The miners were trapped after water gushed into the abandoned mine located in Ksan village, about 130 km from the state capital Shillong.

The miners` families have said that they want the bodies to be taken out as per a Supreme Court order.

Earlier om Wednesday, the body of one of the miners disintegrated and slipped to the bottom of the main shaft in course of the Navy's efforts to pull it out of the flooded mine.

The Navy personnel have been trying their best to locate the remains with their unmanned Remotely Operated Vehicle (ROV). Navy divers had detected the body using an ROV at a depth of around 160 feet inside the main shaft on Wednesday last.

They resumed efforts to pull out the body on Tuesday on the advice of the district administration.

The Indian Navy resumed the search on Wednesday and its efforts to locate the remains have not been successful so far, he added.

Teams of pump operators from Coal India Ltd, Odhisa Fire Service and Kirloskar Brothers Ltd have discharged over 81 lakh litres of water from the nearby abandoned mines.

According to five miners who had a narrow escape, one of the workers could have accidentally punctured the walls of possibly another nearby abandoned and flooded mine.

The state government has announced Rs 1 lakh interim relief for families of all the trapped miners and the Supreme Court is monitoring the case on a weekly basis. The next hearing is scheduled for Monday.

Coal mine accidents have been rampant in the mountainous state due to unscientific "rat hole mining" even after a National Green Tribunal imposed an interim ban in April 2014.