Several local trains on the three main lines--Western line, Central line, Harbour line -- were either delayed, diverted or cancelled due to severe waterlogging. 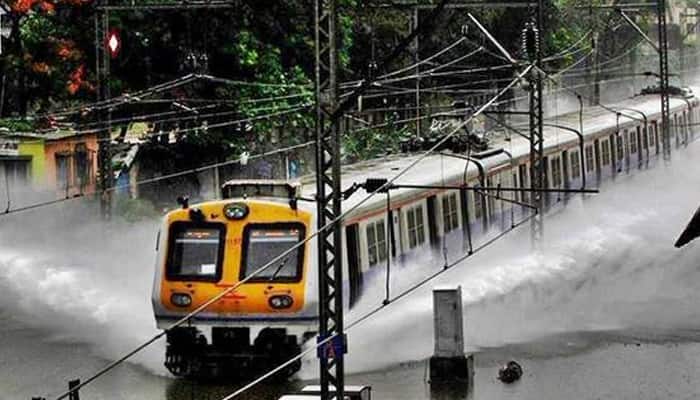 Mumbai: Heavy rain continued to lash Mumbai city and suburbs on Sunday, throwing normal life out of gear and causing massive inconvenience for the commuters. Local trains, bus and flight services took a hit even as the India Meteorological Department (IMD) predicted 'heavy to very' rains in the next 24-36 hours.

Several local trains on the three main lines--Western line, Central line, Harbour line -- were either delayed, diverted or cancelled due to severe waterlogging.

Due to very very intense rainfall throughout, there is accumulation of water in different sections of Central Railway Suburban section of Mumbai. We are reviewing situation every 30 minutes.

Rail traffic on Harbour line beyond Ambernath station between Vadala and Kurla stations were suspended at around 4:30 am on Sunday due to the accumulation of water between Ambernath and Badlapur areas and at Chunabhatti stations, Central Railways said.

Due to continuous heavy rains, there is accumulation of water between Ambernath and Badlapur and on harbour line at Chunabhatti. Therefore, rail traffic has been suspended beyond Ambernath and on Harbour line between Vadala and Kurla.

Western Railway took to its official Twitter handle to inform that its suburban trains were running normally in spite of the heavy rains. It further said that continuous monitoring of the situation was being done.

Milan subway in Santa Cruz area of Mumbai was waterlogged Sunday morning after heavy rainfall, as per ANI. Several other subways in areas like Andheri, Malad, Vile Parle, and Sion were also reported to be waterlogged.

Delivery boy stabbed to death in Mumbai’s Vikhroli; cops on lookout for culprits