Over 32,000 BEST employees went on an indefinite strike on Tuesday over various demands, including higher salaries. 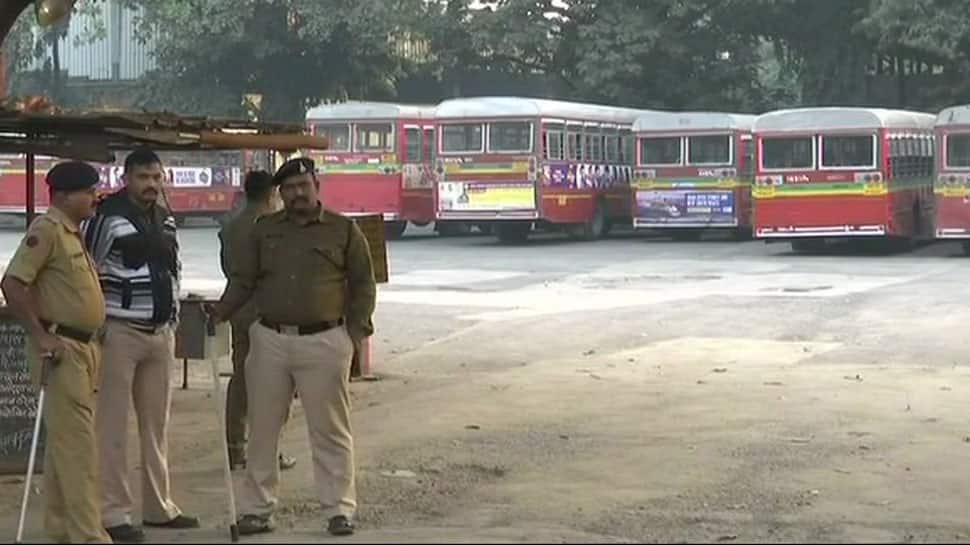 Mumbai: Lakhs of commuters in Mumbai continued to face hardships on Wednesday as an indefinite strike called by the BEST, the city's civic transport undertaking, entered its second day. Despite the Shiv Sena-affiliated union withdrawing from the protest, only five buses of the Brihanmumbai Electricity Supply and Transport (BEST), were plying on roads this morning, a BEST official said.

Over 32,000 BEST employees went on an indefinite strike on Tuesday over various demands, including higher salaries. The state government quickly moved to invoke the Maharashtra Essential Services Maintenance Act (MESMA) against the striking BEST employees, while its management asked them to end the stir and come to the negotiating table.

BEST's Kamgar Sena had late Tuesday evening said that 11,000 of its members would go back to work on Wednesday to mitigate woes of Mumbaikars. It had also said that nearly 500 buses were expected to run on Wednesday.

The Sena union's announcement to withdraw from the protest invited sharp criticism from BEST Workers' Union chief Shashank Rao who said the former had shown its "true character". The BEST has a fleet of over 3,200 buses, which criss-cross the metropolis and also operate services in the neighbouring Thane district and Navi Mumbai. It is the second-biggest mode of transport in Mumbai after local trains, which ferry over 80 lakh passengers every day.

"However, only five buses were plying on the city roads on Wednesday morning," a senior BEST official said.

The employees are demanding higher pay, merging budget of the loss-making transport undertaking with that of the Brihanmumbai Municipal Corporation (BMC), deliberations on new wage agreement, resuming appointments on compassionate grounds and a bonus equivalent to that of the civic body's employees.

The protest by BEST employees coincided with the two-day nationwide bank strike called by trade unions to protest the government's "anti-worker" policies and labour reforms.

The strike, declared illegal by the industrial court here, on Tuesday affected nearly 25 lakh daily commuters, who rely on BEST buses to reach their destinations. A BEST staffer, who is a member of the Sena-affiliated union, expressed anger over his union's decision to withdraw from the strike.

"The BEST Kamgar Sena should not have withdrawn its support to the strike. Our union leaders do not seen to have any sympathy with us," he told reporters on condition of anonymity. The BEST management is likely to send notices to the agitating workers on Wednesday.

"We are hopeful that our staffers will resume work, considering the hardships faced by commuters across the city," the official said. Meanwhile, commuters complained that they were inconvenienced by the ongoing protest.

Pramod Tamane, a Ghatkopar resident who travels to Wadala every day by BEST buses, sought to know how the government was planning to end the stalemate. "This is too much. How can a few people be allowed to paralyse the city? What is the government doing to address this? It seems busy preparing for elections and has forgotten about the innocent citizens," he said.

Meanwhile, the Central Railways and the Western Railways have decided to operate additional suburban trains for the convenience of commuters.