As per the police, the accused had invested in an insurance company co-owned by the RSS worker. He alleged that Pal failed to return his money, a sum of Rs 24,000, and also verbally abused him. Hence, to seek revenge, he wiped out his entire family. 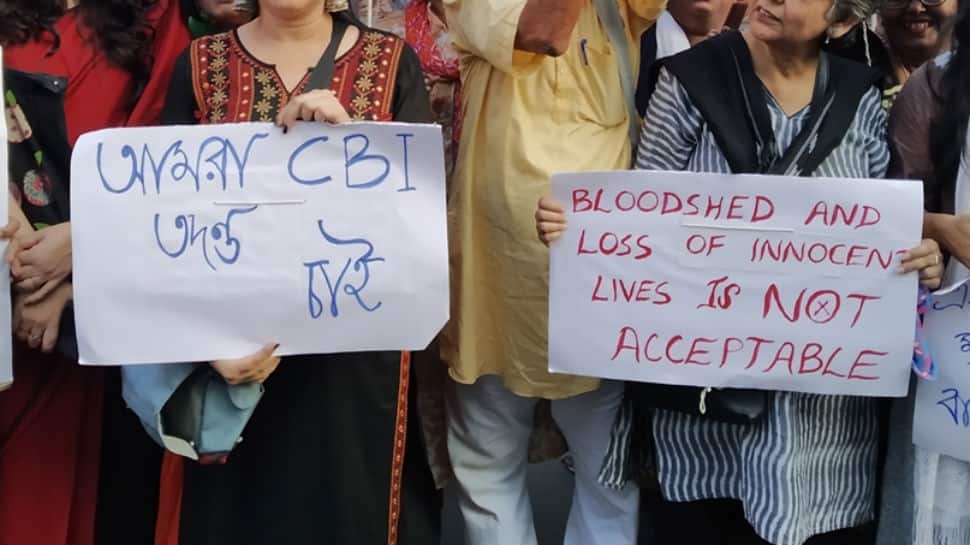 The Murshidabad district police on Tuesday made the first arrest in the murder case of a Rashtriya Swayamsevak Sangh (RSS) worker Bandhu Prakash Pal, his pregnant wife and their eight-year-old son.

The accused is Utpal Behera, who admitted to killing the family of three over money matters in Jiaganj area of West Bengal's Murshidabad last Wednesday.

As per the police, Behara had invested in an insurance company co-owned by Pal. He alleged that Pal failed to return his money, a sum of Rs 24,000, and also verbally abused him. Hence, to seek revenge, he wiped out his entire family.

Pal and his family were brutally murdered by a sharp-edged weapon. He was a school teacher by profession.

A police investigation was launched as soon as the triple murder case came into light.

Two days later, West Bengal Police asked the CID to probe the case and ruled any political connection behind the murders. Two people were also detained in connection with the incident.

A diary note found during primary investigation suggested serious differences in the family, read a tweet posted by the West Bengal Police.

Murder of three members of a family of Kanaiganj, Jiaganj PS, Murshidabad is a sad incident. Investigation was started just after incident and 2 persons hv bn detained and are being examined.
It has so far bn found in investigation that the deceased person was also working.(1/3)

CID has been asked to get associated with investigation. Prima facie it seems to be a case of personal enmity and it has nothing to do with politics.(3/3)

Meanwhile, Additional Superintendent of Police (ASP) Tannoy Sarkar said that the police suspects that someone close to the family is behind the triple murder.