The Central Bureau of Investigation (CBI) team on Sunday visited the house of BJP leader Mukul Roy and reconstructed the happenings of the Naranda sting scam. 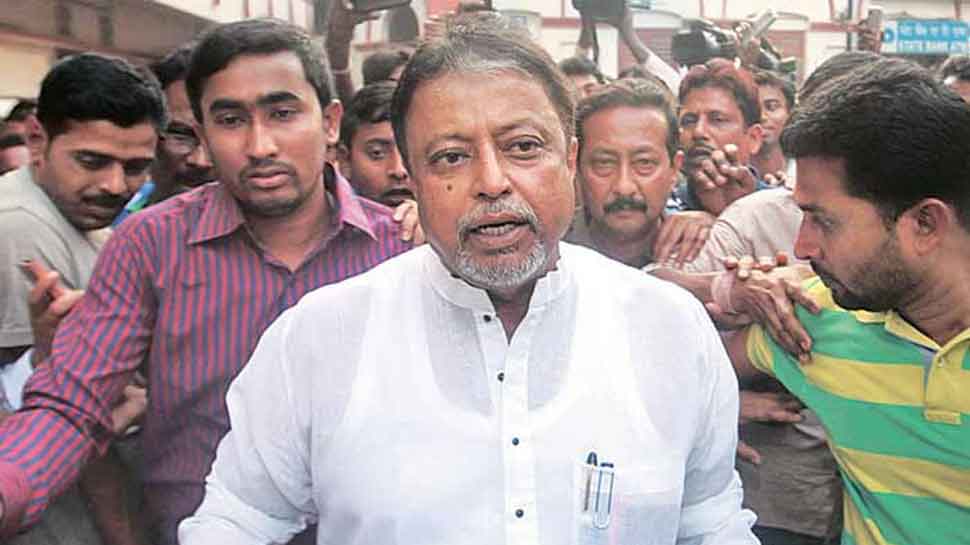 Kolkata: The Central Bureau of Investigation (CBI) team on Sunday visited the house of BJP leader Mukul Roy and reconstructed the happenings of the Naranda sting scam. "We reconstructed the situation at his house, we made both SMH Mirza and Mukul Roy sit face to face and did videography. A huge amount of money transaction was made in the case," DSP, CBI Ranjit Kumar who is the investigating officer in the Narada sting case said after exiting Roy`s house.

Kumar also added that the BJP leader had cooperated in the CBI`s procedures today. Earlier yesterday, after appearing before the CBI for interrogation in the case, Roy had accused Chief Minister Mamata Banerjee of conspiring against him. Speaking to media persons outside CBI headquarters, Roy stated, "It is a conspiracy of Mamata Banerjee. She got her cop (SMH Mirza) arrested to take my name in the case."

"I will continue to cooperate with the investigations. I am not involved in this as you can clearly see from the video," he added. The CBI on Thursday arrested senior IPS officer SMH Mirza in connection with the case. Last month as well, the investigating agency had interrogated Roy along with Trinamool Congress (TMC) lawmaker KD Singh and whistleblower Mathew Samuel in the matter.

Samuel, who is the editor and managing director of Narada news portal had, in 2016, broadcast a sting video on his news portal. The video came to the fore just before the commencement of the state Assembly elections.

In the sting video, a number of TMC leaders, including MPs and ministers, were allegedly seen taking money on camera. The Enforcement Directorate is probing the money trail in connection with the case. Several legislators and TMC leaders have been quizzed by the probe agencies so far.