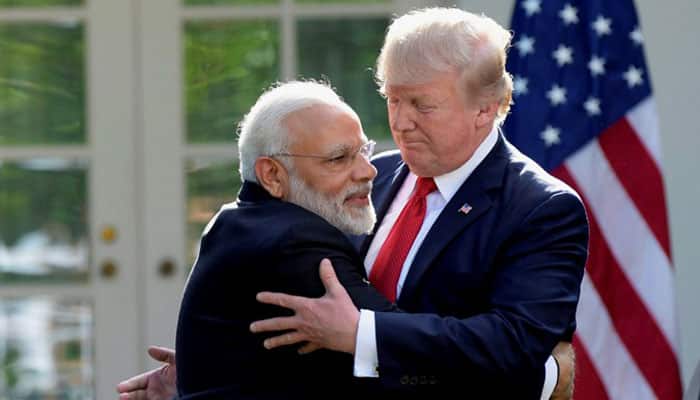 Washington: Prime Minister Narendra Modi has emerged as the "most tweeted about world leader" after US President Donald Trump in 2017, microblogging site Twitter said on Tuesday. Also, the Prime Minister continues to be the most followed Indian on the site.

However, the growth in Modi's follower base at 52 per cent was lower than that of Indian cricket team skipper Virat Kohli.

Congrats to @narendramodi who tops the most followed list on Twitter in India with 37.5 million followers. Here's the ten most followed Indians on Twitter this year #ThisHappened pic.twitter.com/onP2uWxEvg

Meanwhile, among the world leader, two postings of former US president Barack Obama were among the top three most-liked tweets of 2017.

Obama's tweet "No one is born hating another person because of the colour of his skin or his background or his religion..." was the second most retweeted tweets of the year.

A tweet by Carter Wilkerson "Help me please... A man needs his nuggs" which was retweeted 3.6 million times was the most retweeted tweet of this year, according to a data compiled by Twitter.

Obama's two other tweets were among the 10 most popular tweets of the year.

"This included thank you for everything. My last ask is the same as my first. I'm asking you to believe - not in my ability to create change, but in yours," which he tweeted on January 10.

Obama's tweet as president on January 2 - "It's been the honour of my life to serve you. You made me a better leader and a better man," was another most popular tweets of 2017.

And the top tweeted elected officials this year were that of Trump, Vice President Mike Pence and House Speaker Paul Ryan.