The Navy officer lost his life while trying to douse a fire on board aircraft carrier INS Vikramaditya. 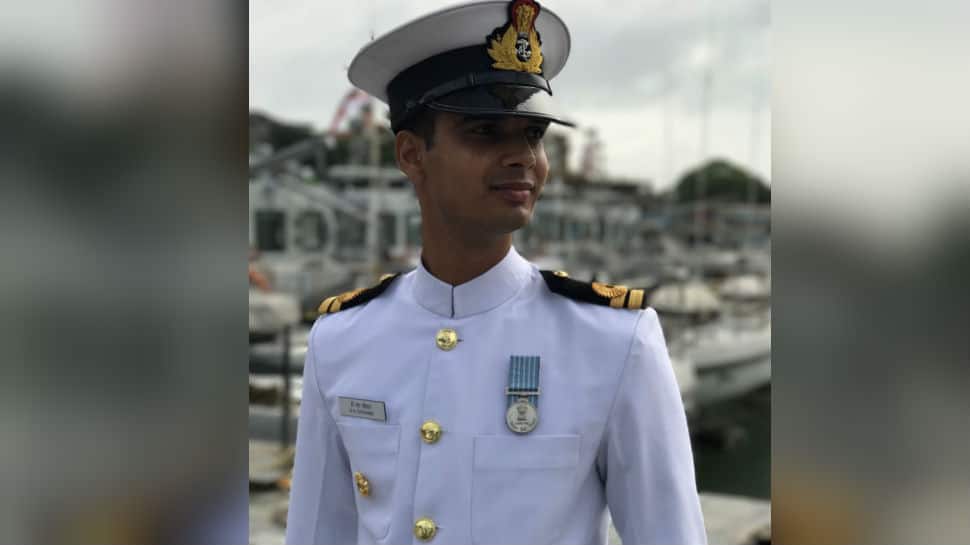 The nation and family of braveheart Indian Navy officer Lieutenant Commander DS Chauhan on Sunday bade farewell as his final rites were performed at his hometown in Madhya Pradesh's Ratlam town. The Navy officer lost his life while trying to douse a fire on board aircraft carrier INS Vikramaditya.

The rites were performed at the Triveni Muktidham in the town.

With tears in her eyes, Karuna Singh--the wife of the martyred officer--said that he saved the lives several hundred and people should learn from him how to save lives.

The mortal remains of the officer reached his hometown on Saturday. The officer is survived by his mother, wife and sister.

On Friday morning, the fire broke out when the ship was entering the harbour in Karwar, Karnataka. Lt Cdr DS Chauhan bravely led the firefighting efforts in the affected compartment.

"It is with profound grief and regrets that we report the sad and untimely demise of Lieutenant Commander DS Chauhan, a young colleague and a brave brother-in-arms, onboard INS Vikramaditya," the Indian Navy had tweeted on behalf of Navy chief Admiral Sunil Lanba.

"His daring effort prevented the fire spreading & causing major damage to the combat capability of the Carrier," read the next tweet.

The Indian Navy said the sacrifice of Lt Cdr DS Chauhan will not go in vain and has promised to stand by his family. "We salute his courage and sense of duty and will make every effort to ensure that his supreme sacrifice does not go in vain. We shall be with his family forever and at all times," the tweet also read.

INS Vikramaditya was scheduled to take part in the Varuna naval exercise from May 1 with the French Navy which is sending its aircraft carrier FNS Charles de Gaulle for the same. It is India's only operational aircraft carrier at present.