Prime Minister Narendra Modi and Nepal PM KP Sharma Oli spoke to each other on Saturday – the first since Kathmandu brought a new political map of the country that showed several Indian territories as its own. 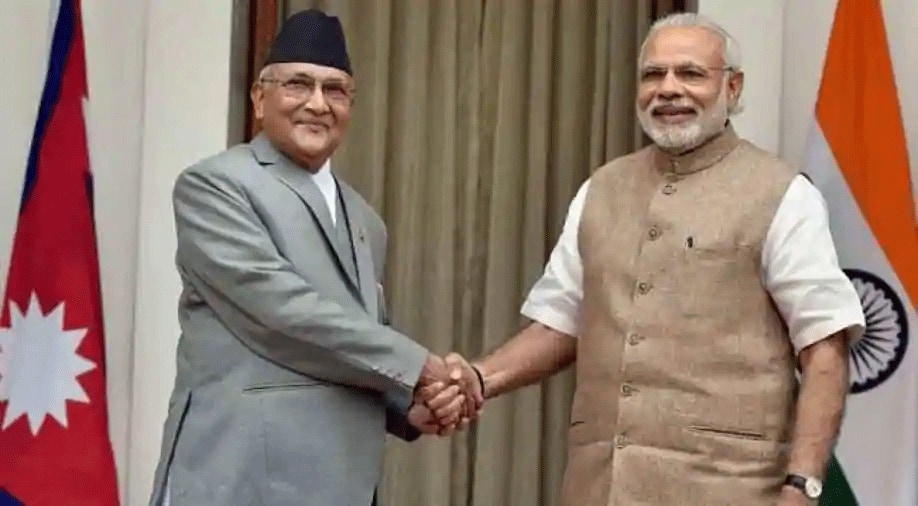 NEW DELHI: Prime Minister Narendra Modi and Nepal PM KP Sharma Oli spoke to each other over the phone on Saturday – the first time since Kathmandu brought a new political map of the country that showed several Indian territories as its own.

“During the talks, Oli greeted PM Modi on India's 74th Independence Day and congratulated him for the country’s recent election as a non-permanent member of the UN Security Council," a statement issued by the External Affairs Ministry said.

The Ministry of External Affairs release said, "Two leaders expressed mutual solidarity" on the COVID-19 pandemic with Prime Minister Modi offering "continued support to Nepal in this regard.”

“Civilisational and cultural links that India and Nepal share were also highlighted by PM Modi. No talks on border developments came during the conversation,” it added.

Earlier in this year, both leaders had spoken on the coronavirus pandemic.

The government sources said that the meeting is "part of regular interaction between India and Nepal" and the mechanism was set up in 2016 to "review ongoing bilateral economic and development projects, and meets on a periodic basis".

India has been assisting Nepal in the development of border infrastructure through up-gradation of 10 roads in the Terai area, developing cross-border rail links at Jogbani-Biratnagar, Jaynagar-Bardibas and establishment of Integrated Check Posts at Birgunj, Biratnagar, Bhairahawa, and Nepalgunj.

By 2022, India must be aatmanirbhar in every sense of the word: Vice- President Venkaiah Naidu