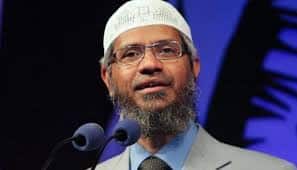 The National Investigating Agency has chargesheeted controversial speaker Zakir Naik for promoting enmity and hatred between religious groups in India through his speeches and lectures. He has been charged with conspiring with Islamic Research Foundation’s (IRF) Trust and the Harmony Media Private Limited to commit the offences.

The investigating agency said that their probe has revealed that there are 19 immovable properties, including land and building, worth Rs 104 crore connected with the Zakir Naik. The source, as well as the mode of acquisition of these properties, is being investigated.

The NIA said that Zakir Naik deliberately insulted other religions or religious beliefs under the aegis of IRF with help of HMPL to cause dissatisfaction.

The 51-year-old televangelist, who is currently abroad, is being probed under terror and money-laundering charges by the NIA. He fled from India on July 1, 2016, after terrorists in neighbouring Bangladesh claimed that they were inspired by his speeches.

The NIA had on November 18, 2016, registered a case against Naik at its Mumbai branch under various sections of the Indian Penal Code and Unlawful Activities (Prevention) Act (UAPA).

His Mumbai-based NGO, Islamic Research Foundation has already been declared an unlawful association by the Union home ministry.

The controversial preacher has been accused of spreading hatred by his provocative speeches, funding terrorists and laundering several crores of rupees over the years.

The Mumbai-based preacher came under the lens of security agencies after some terrorists allegedly involved in the attack on a cafe in Dhaka in July last year reportedly claimed they were inspired by his speeches.