NIA has no evidence to prove my involvement in terrorism: Zakir Naik

A case was registered against Naik’s Islamic Research Foundation after the men arrested by the agency admitted to being inspired by his videos. 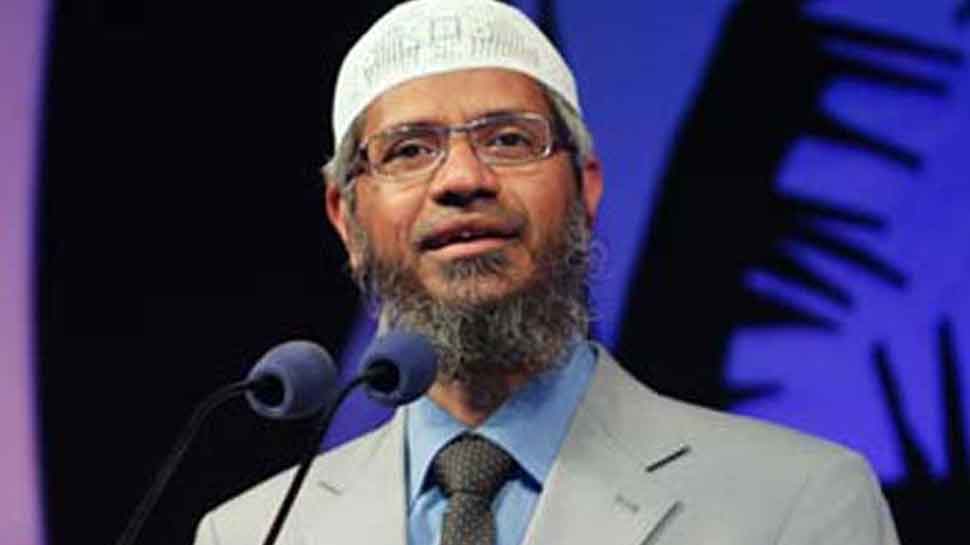 NEW DELHI: Controversial Islamic preacher Zakir Naik has accused the National Investigating Agency (NIA) of trying to falsely implicate him in terrorism-related cases and said that the agency has failed to gather any evidence to prove his involvement in anti-India activities in [past three years.

''It's unfortunate that the NIA, having spent over 3 years investigating me, has been publicly making claims connecting me to terrorism without having in possession a single shred of evidence to support it,'' Naik said in a statement, according to news agency ANI.

Zakir Naik statement on National Investigation Agency's allegations on him:It's unfortunate that NIA,having spent over 3yrs investigating me,has been publicly making claims connecting me to terrorism without having in possession a single shred of evidence to support it.(file pic) pic.twitter.com/lYH0sglFMU

The statement from the Islamic Research Foundation (IRF) came a day after the central anti-terror probe agency said that most of the 127 people arrested from 14 states for their alleged links to the Islamic State terrorist group were inspired by preacher Zakir Naik.

Some of them were also radicalised by the mastermind of the Easter Day blasts in Sri Lanka, said NIA Inspector-General Alok Mittal.

A case was registered against Naik’s Islamic Research Foundation after the men arrested by the agency admitted to being inspired by his videos.

Naik is a known hate preacher whose name prominently figured during the Dhaka bomb blasts in July 2016 that killed many. A bomber later confessed that he was influenced by Naik`s messages following which he fled India.

Naik, who used to preach on the now-banned `Peace TV`, has been living in Malaysia for around 3 years in a bid to escape the Indian law after cases were filed against him here in the wake of a terror attack in Bangladesh in 2016.

He was granted permanent residency in Malaysia following Britain and Canada`s refusal to grant him a visa.

The ED had filed chargesheet against Naik in May this year. It identified the proceeds of crime was worth Rs 193.06 crore and alleged that Naik`s speeches incited young Muslim men to commit terrorist acts.

Through his Mumbai-based Islamic Research Foundation (IRF) and later through Peace TV, Naik created a wide follower base. He often propagated Islam through his speeches.

Peace TV is banned in many countries because of the hate speeches he delivered, while IRF has already been declared an unlawful association by the Central government.

The ED has alleged that Naik`s IRF had organised peace conferences in Mumbai between 2007 and 2011 in which he attempted to convert people and incite terrorist acts.

Naik had categorically denied all charges.

However, he was infamously quoted to have said, "If Bin Laden is fighting the enemies of Islam, I am for him. If he is terrorising America, the biggest terrorist, I am with him. Every Muslim should be a terrorist."

Naik has also defended the terrorist organisation `Islamic State` and batted for men`s right` to beat up their wives, the Indian agencies have alleged.

The Interpol has in the past rejected the NIA`s request on the ground that no charge-sheet was filed against Naik at the time of submission. The agency had termed it as a technical ground and that Interpol had not taken cognisance of it filing a charge-sheet against Naik and others before a Mumbai court in 2017.