Noida International Airport: Air travel to get cheaper from Jewar - Here's how

Lower functional cost, tax benefit on ATF and other concessions from the government will help airlines operating from Noida International Airport to offer air tickets at lower prices. 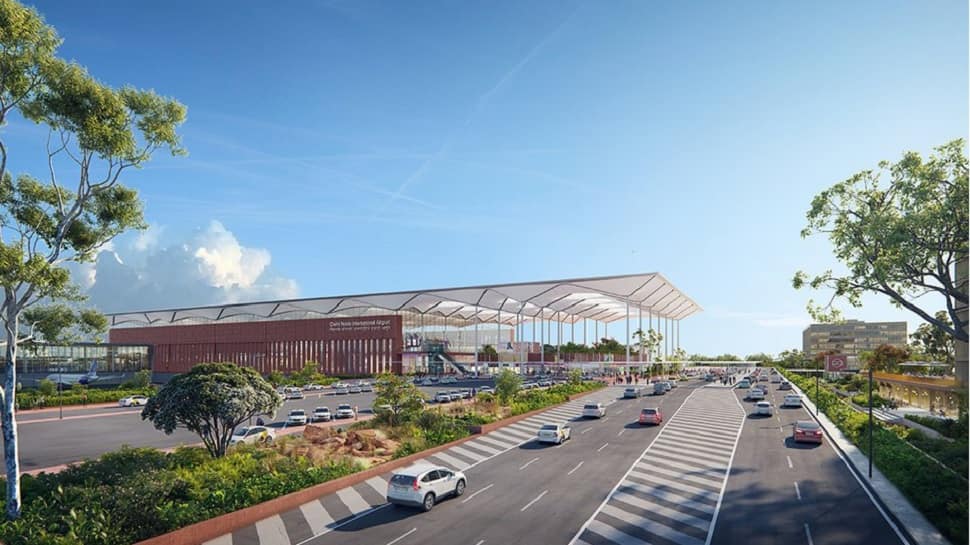 Prime Minister Narendra Modi, along with Uttar Pradesh's Chief Minister Yogi Adityanath, will lay the foundation stone of the upcoming Noida International Airport in Jewar on November 25. The greenfield airport will be the largest in India once fully operationalized, extending superior air connectivity to people travelling to and from Delhi-NCR.

The Noida International Airport is being developed by Switzerland-based Zurich Airport International AG, who was chosen as the concessionaire for constructing the Jewar Airport. The Swiss company runs the Zurich Airport, besides eight other airports in Latin America and says that the Noida Airport will be a carbon neutral airport from the get go.

The design of the Noida Airport is expected to take inspiration from the many temples and forts in the state and will have a multi modal connectivity to reach nearest towns of Noida, Delhi, Gurgaon and Ghaziabad. In its first phase, the airport will have a capacity to serve 12 million passengers a year and is scheduled to be completed in 36 months.

Industry experts expect that the Jewar airport project will reduce the air ticket pricing and will also help airlines to start new air routes to untapped Tier 2 and Tier 3 cities from NCR. While the Noida Aiport will focus largely on domestic flights in the beginning, Delhi Airport will focus on international flights.

Also read: UP to become the only state in India with 5 international airports

The parking fees and other functional cost of airlines at the Delhi Airport is high as compared to other smaller airports and the Noida Airport is expected to reduce these functional costs by at least half. For any air ticket, passengers have to bear the cost of parking and other overhead costs, including ATF in the final ticket pricing. There are largely four major components that contribute to the ticket pricing, namely -

Here's how the pricing is expected to reduce and benefit flyers -

1) ATF is currently being taxed at 28 percent, which the govt says will be reduced to 14 percent, directly reducing the ticket prices.

3) Lower airport development fees as UP govt gives concession and tax benefits to major infrastructure development projects in the state.

4) Reduced waiting time on the runway, better turnaround time is expected to reduce fuel consumption of airlines, that will again benefit the users.