He lamented that "when we talk of dialogue, to resolve the Kashmir issue, we are branded as anti-national". 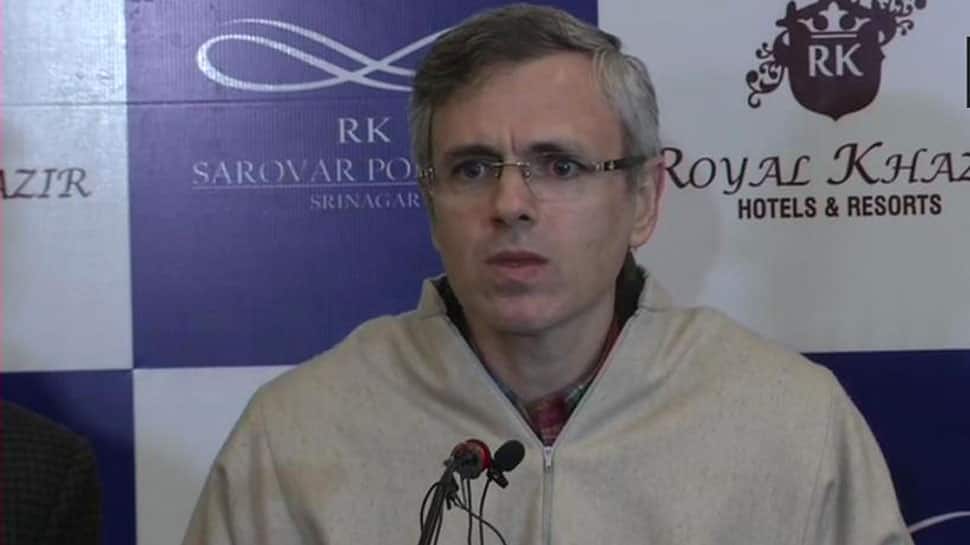 National Conference (NC) leader Omar Abdullah on Thursday asked Jammu and Kashmir governor to ensure the security of Kashmiri students 'forced to return home in wake of threats'. He also questioned the silence of Prime Minister Narendra Modi on the Kashmiri students being targeted in various parts of the country.

"Why is PM silent on Kashmiri students being targeted in various parts of the country," asked Omar.

He lamented that "when we talk of dialogue, to resolve the Kashmir issue, we are branded as anti-national".

He said that the talks with Pakistan cannot be held in the backdrop of Pulwama-like attacks, adding, "Our PM has talked about 'muh tod jawab' but such a reply not possible in the current situation".

Speaking on the withdrawal of security to separatist leaders, Omar alleged that he isn't aware of anybody misusing security.

He further alleged that the withdrawal of security to Kashmiri separatists is a "regressive step".

Earlier in several tweets, he had said, "Withdrawal of security to mainstream political workers & office bearers is a retrograde step that will only weaken political activity in the valley. This is regardless of the fact that no one from @JKNC_ has had their security withdrawn in yesterday's list."

Urging Jammu and Kashmir Governor Satya Pal Malik to reconsider his administration's decision, the former chief minister said they will approach the court if it is not revisited.

"I would like to encourage @jandkgovernor to reconsider this step. If it is not revisited we will approach the courts & ask them to intervene," Omar wrote in a series of tweets.

He alleged that there seemed to be an element of pick and choose at play in the decision to withdraw the security of some mainstream political activists.

"I have no doubt this step was taken without taking in to consideration inputs from central & state intelligence agencies which can only mean it's been done for political purposes & there is an element of pick & choose at play here," he added.