Onion price crosses Rs 100 per kg in many cities; reports of theft from across India pour in 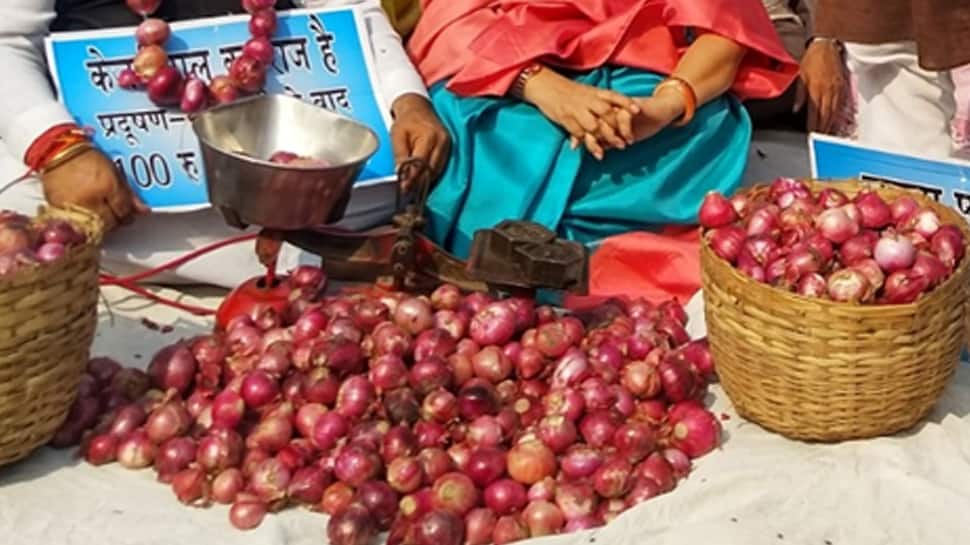 The continuous surge in onion prices has become a vital concern for people as it crossed the Rs 100 per kg mark on Friday. Amid the shooting rise in the price, there are reports of theft of onions up to Rs 25 lakh from many parts of the country.

In Gujarat's Surat, onions worth about Rs 19,000 was stolen from a vegetable market. In Surat, Vadodara and other cities of Gujarat, onion is being sold for Rs 80-120 per kg. The price of onion has even crossed the prices of fruits like pomegranate, apples, grapes, etc which are being sold at around Rs 70-80 per kg.

On the deeply-concerning issue, the Central Government on Wednesday had said that it cannot control the hike across the country as it was not in its hands. To a question on when will the onion prices would come down, Union Food and Consumer Affairs Minister Ram Vilas Paswan had said, ''It's not in our hands.'' He, however, added that the government is taking every step possible to contain the onion price rise.

People are now trying to cut down on the kitchen staple. "I bought onions today because we cannot avoid using it. It is difficult to buy onions for Rs 100. "We are labourers and something has to be done to reduce the price. For the last two months, the price of onions has been really high. We are trying to minimise its usage. The government is not intervening. It should take action to reduce the price," a customer Seethalekshmi from Thiruvananthapuram said.

Indians are reeling under pressure due to the significant hike in onion prices that is looming for quite some time now.

Onion is largely cultivated in Maharashtra, Karnataka and parts of Madhya Pradesh and Gujarat. The situation has come to this pass because of the heavy rains in Maharastra's Nashik, which resulted in a large quantity of the bulb rotting following water seepage.

Home Minister Amit Shah had earlier chaired a meeting to implement the Union Cabinet's decision to import 1.2 lakh metric tonnes of onions. The Central Government has been holding regular meetings on ways to check the rising price of onions.

Earlier in September, in an attempt to control the rising onion prices, the Union Ministry of Commerce and Industry had banned the export of onions with "immediate effect" until further orders. Later, due to an acute shortage of onion supplies and soaring retail prices, the government decided to import onions from Iran, Turkey, Egypt and Afghanistan.