The actor-politician has been speaking against his party for quite some time. 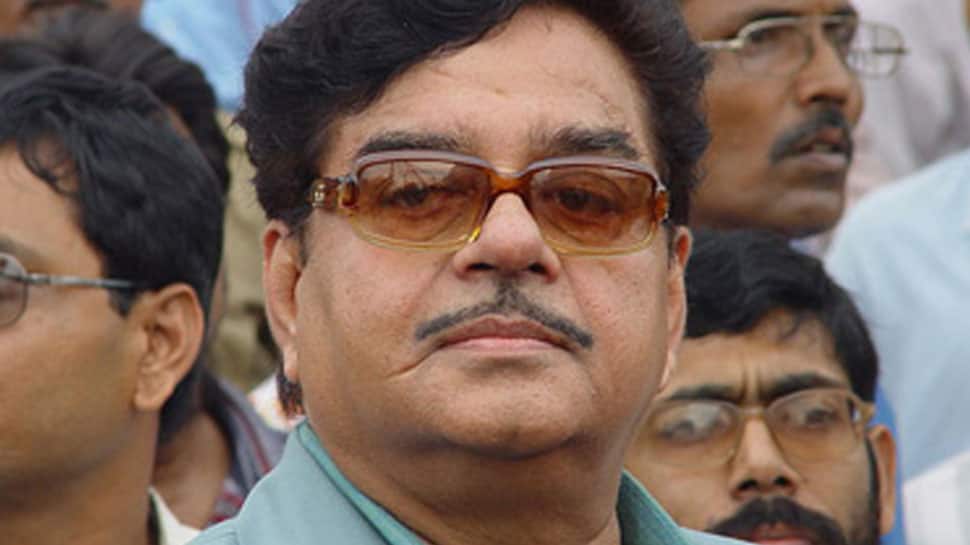 NEW DELHI: The ruling BJP on Saturday said that its MP from Patna Sahib Shatrughan Sinha will face "action" for attending the mega Opposition rally in Kolkata as the party stated that it has taken "cognizance" of his presence there.

"He is likely to be suspended from the party after president Amit Shah returns from AIIMS. He has now crossed all the limits as he directly attacked Prime Minister Narendra Modi," a senior BJP functionary was quoted as saying by IANS.

"The party would take cognizance of it (his presence in the anti-BJP rally)," Rudy told reporters.

Rudy, who also hails from Bihar like Sinha, alleged that the MP from Patna Sahib constituency was enjoying all perks and facilities available to a Member of Parliament but was constantly speaking against his own party.

"Some people want to carry the banner of BJP to enjoy the perks of being an MP. Such people make it a point to be present in Parliament when the party issues whip so that they do not lose membership (of the House). But at the same time, they are so opportunist ... they voice different opinions from different platforms," he told a press conference.

Calling him "very clever", Rudy accused Sinha of never being present in any BJP activity in the last five years.

"I have never seen him present in any party activity for the last five years. He is very clever and takes decisions on the basis of his political understanding. He calls himself of BJP and attends opposition rallies. So, I am sure the party will definitely take a call on it," he added.

Meanwhile, Bihar BJP president Nityanand Rai too hinted that "appropriate action will be taken against Sinha at an appropriate time."

Sinha was among top Opposition leaders who attended the mega rally called by West Bengal CM Mamata Banerjee at the Brigade Parade Ground in Kolkata.

The rally was attended by top leaders of 23 opposition parties.

Sinha, while addressing the rally, said that he was not afraid of being expelled from his party.

"I dont't mind if am ousted (from the party). I am in BJP because of people of the country. So, what I say or do is in the interest of the country," Sinha said.

Speaking on the Rafale controversy, he said, "I am not saying you are guilty, neither saying you are innocent. But if things are not answered, people will say 'chowkidaar chor hai'."

Sinha has been speaking against the party and has been critical of government's decisions like GST and demonetisation.