Opposition competing in Olympics to deride me: PM Narendra Modi in Tripura 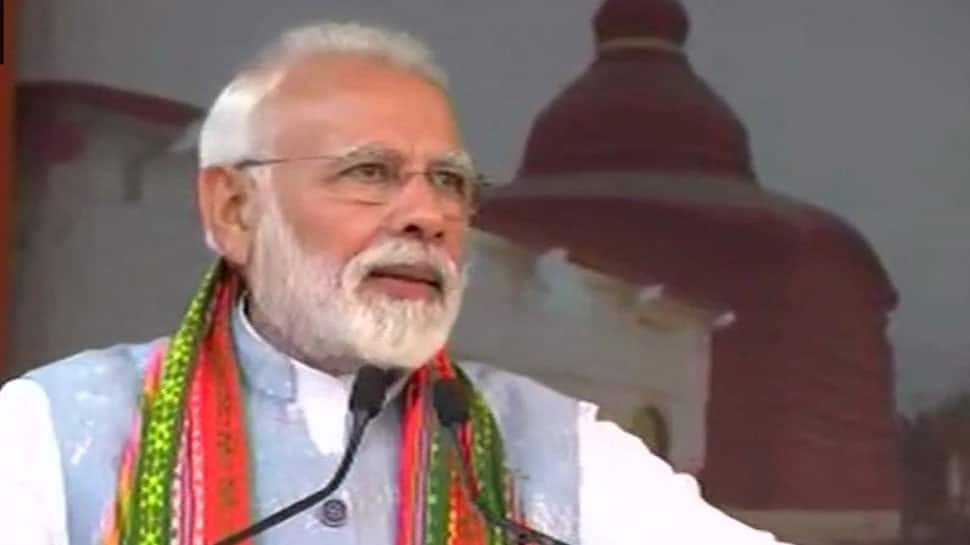 Agartala: Prime Minister Narendra Modi on Saturday hit out at the opposition, saying the main job of the 'mahamilawatwalas' is to deride him and it seems they were all competing in an Olympics of hurling abuses at him.

Calling the opposition a 'mahamilawat' (great adulteration) again, the PM said its leaders are only involved in "holding each other's hands in meetings in Delhi and Kolkata for photographs".

"The job of the 'mahamilawatwalas' is only to hurl abuses and more abuses on Modi. It is as if an Olympics is on to deride Modi," he told a rally here.

Continuing his tirade, PM Modi said political parties who cannot see eye to eye in West Bengal, Kerala or Tripura are now uniting to "abuse" him.

"They (opposition parties) are dreaming of forming a government in Delhi as soon as possible which will only be involved in corruption, malpractice and nepotism ... They cannot form a 'majbut sarkar' (strong government) but only a 'majbur sarkar' (helpless government)," he said.

"The results of the coming Lok Sabha elections will show what it takes to lie to the people," Modi said.

Hitting out at the Left Front without naming it, he said it was not interested in doing anything for the unorganised sector or the farmers when it was in power in the state.

Noting that sufficient funds were provided to Tripura in the last four and half years under NDA rule at the Centre, he said the money was not properly utilised due to the attitude of the erstwhile Left Front government in the state.

The present BJP government is taking development of Tripura to newer heights, he claimed and appealed to the people to "identify and unmask" those leaders who had not fulfilled their task in developing Tripura.

"Despite tall talks (by former LF government) about welfare of farmers, it is now for the first time in Tripura under the BJP government that paddy is being procured at the minimum support price.

Besides, the recommendation of the Seventh Pay Commission was implemented," he said.

"Tripura, the state that was deprived of development on the pretext of being a landlocked region, is now being made gateway of South East Asia," he said.

''The NDA government at Centre has lived up to its promises of HIRA (highways, i-ways, roadways and airways) model of development made before the 2018 assembly elections in Tripura.''

The Agartala-Sabroom national highway, the second terminal under construction at the Maharaja Bir Bikram Airport here, new express trains like Humsafar and Deoghar Express are part of it, PM Modi added.

During his whirlwind visit to Tripura, the Prime Minister unveiled a life-size statue of Maharaja Bir Bikram Kishore Manikya Bahadur, the last independent ruler of Tripura, inaugurated a new complex of Tripura Institute of Technology (TIT) in West Tripura and a 23.5 km stretch of the railway line from Garjee to Belonia in South Tripura.