Pakistan Sikh Gurdwara Parbandhak Committee (PSGPC) has sought from its government about the number of devotees who can get together to celebrate the festival of Vaisakhi even as the number of Covid 19 cases are on increase in the neighbouring country. 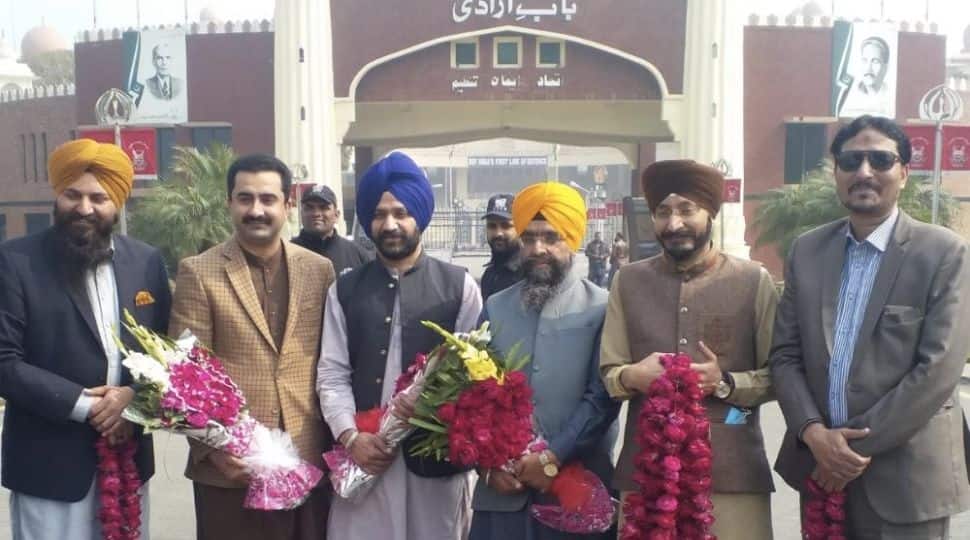 New Delhi: Pakistan Sikh Gurdwara Parbandhak Committee (PSGPC) has sought from its government about the number of devotees who can get together to celebrate the festival of Vaisakhi even as the number of Covid 19 cases are on increase in the neighbouring country.

While talking to Zee News, PSGPC president Satwant Singh said that he had sent a letter to the government to know how much devotees can get together to celebrate a religious festival.

Notably, the National Command Operation Center of Pakistan has put a ban on large religious gatherings owing to a sudden rise in the case of coronavirus.

Satwant Singh said that PSGP was yet to hear from the government following which a decision would be taken. He said they had received over 1500 passports of Indian devotees and they wanted every devotee interested to undertake the pilgrimage in Pakistan to celebrate the festival of Vaisakhi at Panja Sahib.

“We hope to hear from the government by tomorrow and we will make the decision accordingly while adhering to the Covid 19 SOP’s,” he said.

In the recent past in wake of a spike in covid cases in Pakistan, the Center government had denied permission to SGPC’s Sikh jatha to travel to Pakistan to observe the Saka Nankana Sahib at Nankana Sahib. The jatha was to leave on February 18 under the aegis of officiating Jathedar of Akal Takht Giani Harpreet Singh

As per the scheduled Vaisakhi jatha programme the PSGPC president and other office-bearers would receive the Indian pilgrims at Wagah (Pakistan) border on April 12. The Indian devotees would celebrate Vaisakhi at Gurdwara Panja Sahib on April 14 before returning on April 22.