Earlier, Pakistan Prime Minister Imran Khan had announced the waive off of certain conditions for the Indian pilgrims who will visit the Gurdwara Darbar Sahib in Kartarpur of Narowal District. The Kartarpur Corridor will be inaugurated on November 9 ahead of the 550th birth anniversary of Guru Nanak on November 12. 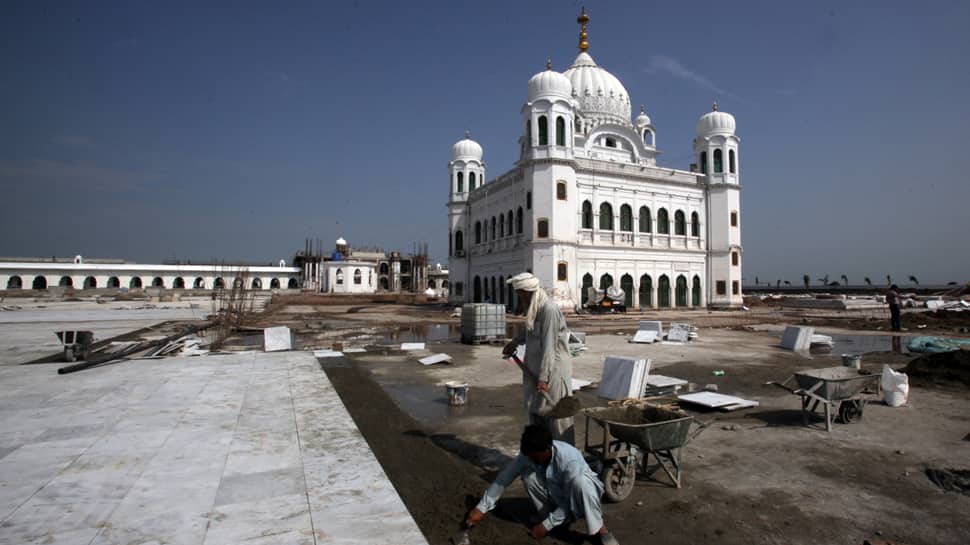 Pakistan High Commission for India on Monday issued over 4,200 visas for Indian Sikh Pilgrims ahead of the 550th Birth Anniversary of Guru Nanak. The pilgrims will cross over the Attari/Wagah border by foot in two groups on November 5-6 for the period from November 5-14

Earlier, Pakistan Prime Minister Imran Khan had announced the waive off of certain conditions for the Indian pilgrims who will visit the Gurdwara Darbar Sahib in Kartarpur of Narowal District. The Kartarpur Corridor will be inaugurated on November 9 ahead of the 550th birth anniversary of Guru Nanak on November 12.

Taking to Twitter, Khan had made the announcements--1) the pilgrims won't need a passport but only a valid identity card and 2) they no longer have to register ten days in advance. He also waived off the $20 service fee but only on the days of the inauguration of Kartarpur Corridor (November 9) and on Guru Nanak's birth anniversary (November 12).

"For Sikhs coming for the pilgrimage to Kartarpur from India, I have waived off 2 requirements: i) they won't need a passport - just a valid ID;   ii) they no longer have to register 10 days in advance. Also, no fee will be charged on the day of inauguration & on Guruji's 550th  birthday," Khan had tweeted.

Islamabad has levied a service fee of USD 20 (around Rs 1,420) on each pilgrim despite India's request to reconsider the fee.

He had said that the Kartarpur corridor will be open for Indian persons of all faith and the travel will be visa-free. Das had also said that the pilgrims will have to carry a valid passport. "Indian pilgrims of all faith and persons of Indian origin they can use the #KartarpurCorridor. The travel will be visa-free. Pilgrims need to carry only a valid passport," Das had remarked. "Corridor will be open from dawn to dusk. Pilgrims travelling in the morning will have to return on the same day. Corridor will be operational throughout the year, except on notified days, to be informed in advance," Das had added.

The online portal (http://prakashpurb550.mha.gov.in) for registration of pilgrims had also gone live on October 24. The MHA Joint Secretary also told media that Pakistan has agreed to make sufficient provision for ‘langar’ and distribution of ‘prasad’ in the premises of Gurdwara.

The agreement will remain in force for 5 years and it can be extended by mutual consent. The agreement can be terminated by either side by giving one month's notice. The operation of the corridor can be suspended if a persistent violation of the agreement happens and all differences will be resolved through diplomatic channels. As per the agreement reached between the two sides, two nodal points will be established on both sides to sort out concerns arising from the operation of the corridor. The BSF and Pakistan rangers will establish nodal points to deal with emergencies including the medical evacuation of pilgrims.