A large number of people from PoK have been marching towards the LoC for the past three days to protest India's move to scrap the special status to Jammu and Kashmir. 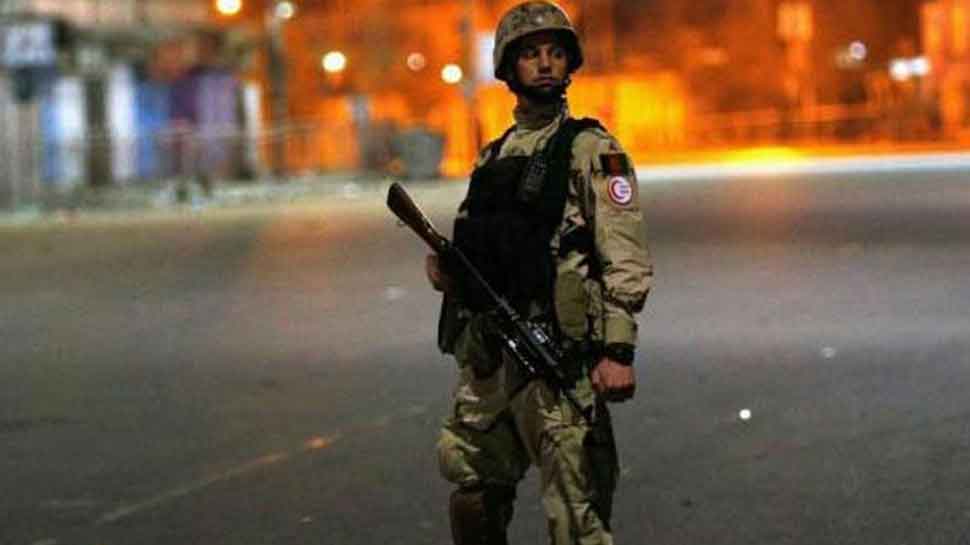 New Delhi: Security personnel deployed in Pakistan-occupied Kashmir (PoK) on Sunday stopped Jammu and Kashmir Liberation Front (JKLF) activists from marching towards the Line of Control (LoC) in a bid to cross over to 'unite Kashmir'. The JKLF activists were stopped near a place called Jiskool on the Muzaffarabad-Srinagar highway, reports said.

A large number of people from Pakistan-occupied Kashmir have been marching towards the Line of Control for the past three days to protest India's move to scrap the special status to Jammu and Kashmir. The development took place despite Pakistan Prime Minister Imran Khan on Saturday had warned the protesters not to cross the LoC, saying "anyone crossing the LoC to provide humanitarian aid or support for Kashmiris will play into the hands of the Indian narrative".

The JKLF protesters have rejected PM Imran Khan’s request to the group 2 not attempt to cross the Line of Control. Happening right now #KashmirBleeds #KashmirNeedsAttention pic.twitter.com/a0V8nYUtxb

On Saturday, the protestors walked 20 km to reach Garhi Dupatta and on Sunday afternoon, reached Chinari, around 50 km away from Muzaffarabad. Their plan was to reach Chakothi, three km from the LoC.

However, large number of police personnel had been deployed between Chinari and Chakothi to stop the protestors, and had blocked the highway with electric poles, barbed wire fences, mud piles and even containers.

JKLF spokesman Mohammed Rafiq Dar said that their 'Azadi March' was a peaceful programme to focus the world's attention towards the Kashmir issue, and they did not want a clash with local law enforcement officials or to indulge in any violence as this 'would help India'. However, he said that they were adamant on continuing their march.

Dar told Dawn that the protesters, currently staging a sit-in, will wait until Monday for the removal of the containers. "If they don`t, we will continue to stage a sit-in here and announce our next plan after that," he said.

The security personnel had also been deployed on the nearby mountains, expecting a clash with JKLF activists, adamant to marching to the LoC. All schools, colleges and markets in PoK were shut on Saturday.