The closure of airspace by Pakistan after the Indian Air Force carried out airstrike in Balakot made the country suffer a loss worth $50 million. 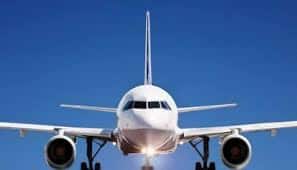 The closure of airspace by Pakistan after the Indian Air Force carried out airstrike in Balakot made the country suffer a loss worth $50 million. The same was confirmed on Thursday by Pakistan’s Federal Minister of Aviation Ghulam Sarwar.

The minister, however, added that India suffered loss worth more than $50 million, saying that the restriction hit India harder and New Delhi’s loss was almost double than Pakistan’s, reported Pakistani media.

Addressing a press conference, the minister further said that the exact figure of loss was yet to be ascertained.

Pakistan on Tuesday decided to open its airspace after a gap of almost five months. The Indian government welcomed the move, with the Ministry of Civil Aviation confirming that there were no more airspace restrictions.

"After cancellation of NOTAMS by Pakistan and India in the early hours of Tuesday, there are no restrictions on airspaces of both countries, flights have started using the closed air routes, bringing a significant relief for airlines," read a statement released by the Ministry of Civil Aviation on microblogging site Twitter.

India had previously requested Pakistan to lift the ban and allow commercial airlines to make use of its airspace. Pakistan, however, had said that it would do so only if India agreed to remove its fighter jets from forward bases along the border.

The development came as a boon for aviation carrier in India, especially state-carrier Air India.

Apart from ensuring shorter flying time, the opening of airspace over the neighbouring country has also curtailed the cost incurred on aviation turbine fuel. According to Air India officials, the closure of airspace was leading to loss worth Rs 6 crore.

The flights from India had to travel via Vienna to avoid the Pakistani airspace. The aircraft also needed to halt in Vienna, which led to increased travel time.