The BSF report ,which has been accessed by Zee News, mentions that Pakistan-based JeM commander Saber Ahmed is targeting Rohingya Muslim community members in Bangladesh. 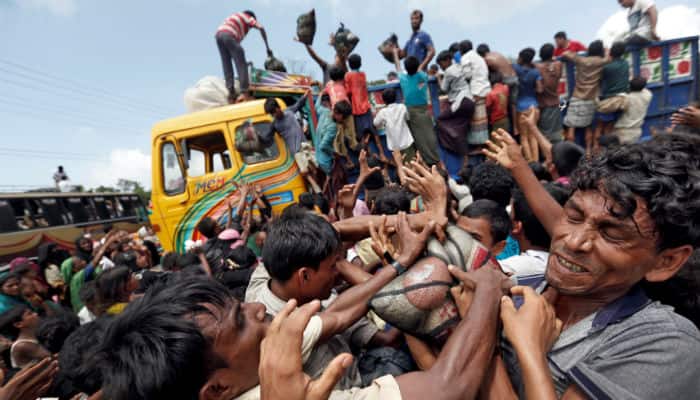 A report by the Border Security Force (BSF) has revealed a nexus between Pakistan-based terror outfit Jaish-e-Mohammad (JeM) and members of Rohingya Muslim community. According to the report, JeM handlers based in Pakistan have been radicalising Rohingya Muslims.

The BSF report ,which has been accessed by Zee News, mentions that JeM commander Saber Ahmed, who is in Pakistan, is targeting Rohingya Muslim community members in Cox’s Bazar of Bangladesh and radicalising them to carry out anti-India activities.

Sources told Zee News that a terrorist named Maulana Yunus, who is a member of the Bangladesh unit of the JeM, recently made four members of the Rohingya community undergo training to carry out terror attacks.

A terror camp for providing training to Rohingya Muslims has been set up in Harinmara hills in Bangladesh. The Cox’s Bazar area, where the radicalising operation is being carried out by the JeM, currently has thousands of Rohingya Muslims.

For this purpose, the JeM has activated its sleeper cells in Bangladesh with the help of Pakistan’s ISI.

In another development, intelligence reports have suggested that the ISI is plotting to carry out major attack on security personnel in India with the help of Pakistan-based terror outfits. JeM operation commander Abdul Rauf Asgar has been given the responsibility to carry out attacks on Indian defence and security personnel.

According to reports, Asgar and 30-40 other terrorists have been deployed at terror launch pads along the Line of Control (LoC) in Pakistan-occupied-Kashmir (PoK).

Earlier this month, Indian intelligence agencies had issued a high alert across seven states, warning that the JeM might carry out a massive terror attack in the Kashmir Valley and other states. Sources in the agency told Zee News that a major terror act, on the lines of February 2019 Pulwama attack, is being aimed at Army, police and other law enforcement personnel.