The plea, filed through his counsel Rashi Bansal, has sought a direction to the authorities to constitute an apex court-monitored SIT or a judicial commission headed by a retired top court judge to deal with the case. 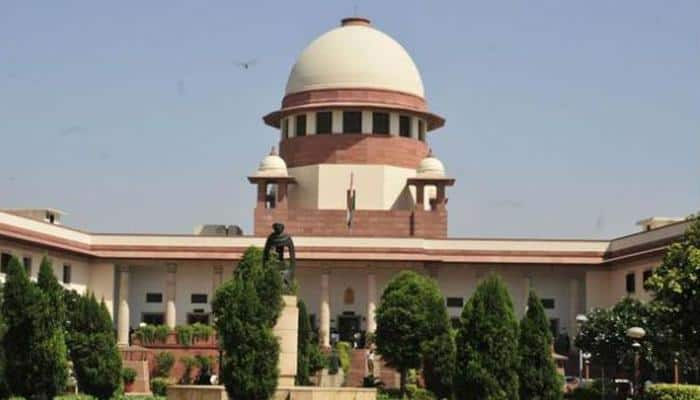 New Delhi: The Supreme Court on Friday (May 1) sought a report from the Maharashtra government about the ongoing investigation in the Palghar mob lynching case, in which two sadhus and their driver were allegedly lynched on April 16 night. A bench of Justices Ashok Bhushan and Sanjiv Khanna heard the plea through video-conferencing.

The apex court, which refused to stay the investigation in the case, asked the petitioner to serve a copy of the plea to standing counsel for Maharashtra and said that the state would file a probe report within four weeks.

The plea, filed through his counsel Rashi Bansal, has sought a direction to the authorities to constitute an apex court-monitored SIT or a judicial commission headed by a retired top court judge to deal with the case.

The petition also sought CBI investigation into the matter and registration of FIR against concerned police officials for their failure to prevent the incident. The plea alleged that the incident was a failure on the part of the police as a mob had gathered there in violation of the lockdown rules.

The counsel appearing for petitioner Shashank Shekhar Jha referred to the media reports and claimed that police was complicit in the incident as they did not use force to prevent it.

The plea said, "This happened despite the fact that the whole country is under Lockdown since March 25 and that no person is allowed to be out of their house and everyone has been asked to follow social distancing which raises a huge suspicion on part of local police."

The plea has alleged that the whole incident was "pre-planned and there could be police involvement as well", therefore sought transfer of the trial from Palghar to a fast track court in Delhi.

Notably, the three victims from Kandivali in Mumbai were travelling in a car to attend a funeral in Surat in Gujarat amid the lockdown. They were attacked and killed by a mob in Gadchinchile village on the night of April 16 in the presence of a police team.

The victims were identified as Chikne Maharaj Kalpavrukshagiri (70), Sushil Giri Maharaj (35), and the driver Nilesh Telgade (30).

On Thursday, the Bombay High Court accepted a plea seeking a CBI/SIT probe into Palghar mob lynching incident and compensation for victims’ kin. While admitting the plea for hearing, the HC also issued notices to the Maharashtra government.

The plea calls for a CBI probe or constitution of a Special Investigation Team (SIT) to investigate the matter.

The PIL, filed by a lawyer Alok Srivastava on April 21, also demanded that the trial of the case, upon completion of the investigation, to be conducted in a Fast Track Court.