Parliament passes new maternity rules - All you need to know

The Lok Sabha on Thursday passed the Maternity Benefit (Amendment) Bill, 2016, to provide a slew of benefits to the working women. 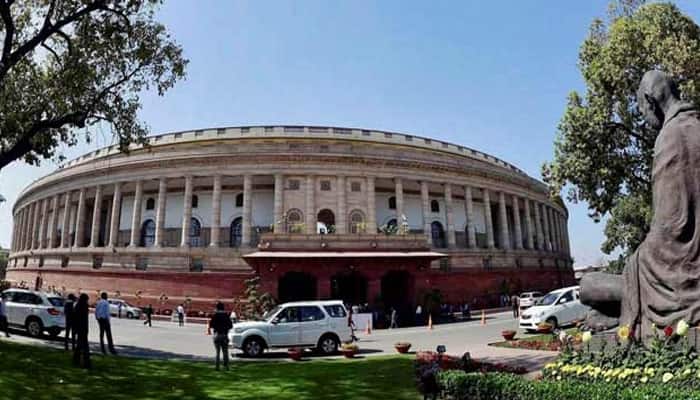 New Delhi: The Lok Sabha on Thursday passed the Maternity Benefit (Amendment) Bill, 2016, to provide a slew of benefits to the working women.

The bill is expected to benefit some 1.8 million women across the country:

Here are the bill's salient features:

1. The Maternity Benefit (Amendment) Bill, 2016, seeks to provide maternity leave of 26 weeks from the present 12 weeks for the working women.

2. The bill also provides for leave up to 12 weeks for a woman who adopts a child below the age of three months, and for commissioning mothers.

3. The new bill will apply to all establishments employing 10 or more people and the entitlement will be for only up to first two children.

4. For third child, the entitlement will be for only 12 weeks.

5. The new measure takes India to the third position in terms of the number of weeks for maternity leave after Canada and Norway where it is 50 weeks and 44 weeks, respectively.

6. The Maternity Benefit Act, 1961, protects the employment of women during the time of her maternity and entitles her full paid absence from work, to take care for her child.

7. Passed by the Rajya Sabha on August 11, 2016, the bill -- once it becomes law -- will be applicable to all establishments employing 10 or more persons.

8. The period of maternity leave will be calculated from the date the child is handed over to the adoptive or commissioning mother.

9. In surrogacy, the surrogate mother carries a child for another person after an agreement made before conception of the child. The person wishing to adopt and foster the child is called the commissioning person/couple.

10. The bill paves the way for the ratification of International Labour Organisation convention number 183 that provides for 14 weeks of maternity leave benefit to women.

11. It also facilitates 'work from home' for nursing mothers once the leave period ends and has made creche facility mandatory in respect of establishments with 50 or more employees.

12. Employers will have to allow women staff to go to the creche four times, which will also include her rest period.

13. The bill requires an establishment to inform a woman of all benefits made available under the law, at the time of her appointment. Such information must be given in writing and electronically.

While tabling the Bill in the lower house, Union Labour Minister Bandaru Dattatreya said, "The well-being of women during pregnancy has been a matter of serious concern."

The Bill will become law after President Pranab Mukherjee's assent.