In the video, criminal Pintu Tiwari can be spotted accepting gifts from other prisoners, who were singing happy birthday for him while he cuts the cake. 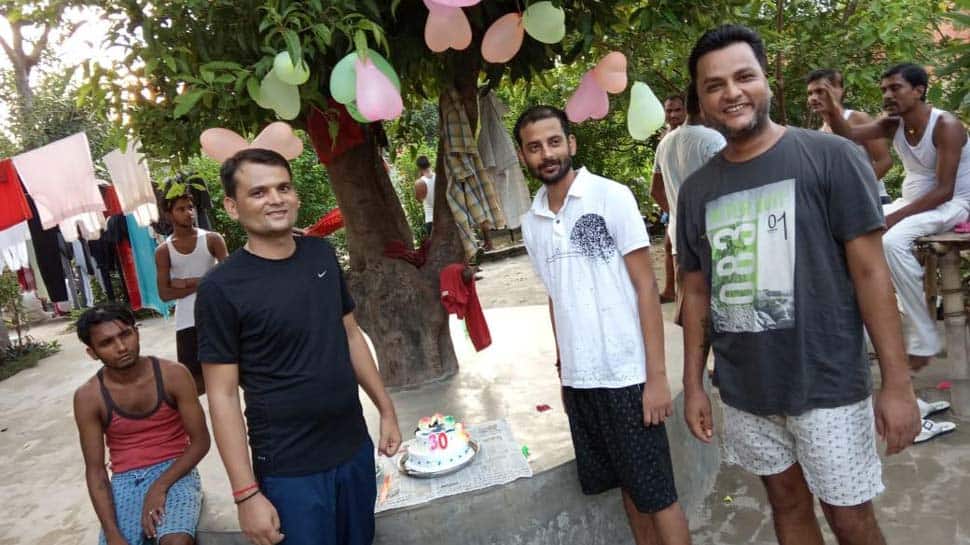 A video of a double-murder convict serving life imprisonment celebrating his birthday inside jail at Sitamarhi in Bihar has gone viral, raising serious questions over the security arrangements at the prison facilities in the state.

In the video, the criminal identified as Pintu Tiwari, can be seen shredding apart the jail manual by cutting a cake and enjoying mutton and rice with fellow inmates inside the premise.

Bihar: Four guards of the jail have been suspended in connection with the incident where a criminal Pintu Tiwari, in a video, was seen celebrating his birthday inside the jail premises. https://t.co/pE41NLJc7N

Tiwari is currently languishing inside the jail after being found guilty of murdering two engineers in Darbhanga in 2015. In the video, Tiwari can be spotted accepting gifts from other prisoners, who were singing happy birthday for him while he cuts the cake.

The video has been shot using a mobile phone which shows that the prisoners at Sitamarhi jail have access to mobile phones too. Tiwari was arrested by Patna Special Task Force ten days after he had murdered the two engineers. Tiwari is a sharpshooter of Santosh Jha gang and is a history-sheeter.

According to ANI, four guards of the jail have been suspended in connection with the incident. A high-level inquiry has been reportedly ordered to find out how Tiwari and other inmates managed to hold a party while serving jail term.

Few months ago, similar incident was reported from Naini Central Jail in Uttar Pradesh's Prayarag where a number of criminals were caught on camera drinking, eating and having a jovial time inside jail. The photos soon went viral on social media, prompting many to question how these criminals managed to get access to liquor bottles and chicken dishes.

The criminals were apparently celebrating the transfer of dreaded gangster and former parliamentarian Atiq Ahmed to Sabarmati Jail in Ahmedabad. Among those in the celebratory mode were Uday Yadav, Ranu, Parshad Pati Rajkumar and Gadau Pasi - all notorious sharpshooters serving jail time for their respective crimes.